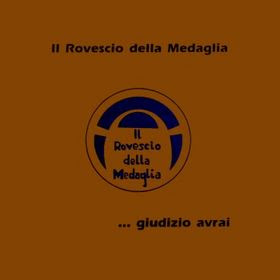 Here's one I totally forgot about until rummaging through my vinyl collection. It's a live demo recording taken after the band had slimmed down following the "Contaminazione" sessions. All instrumental, it's pretty much a loose space rock jam with plenty of keyboard and guitar solos. Closer in sound to the raw debut "La Bibbia" than the bombastic classic Italo-prog of "Contaminazione". Not a great recording, but certainly listenable. For the general progressive rock buying public, I would think this holds more historic, rather than music, interest. Strange the band self-released this when they did, though I do know it was specifically for the Japanese market, which is where my copy came from. Originals came in a brown gatefold cover, some with an embossed felt logo.

Priority: 3
Posted by Purple Peak Records at 8:02 AM

Are you sure the band had involvement in this release?

Can't say for sure, since I don't know the band. Augusto Croce says this: "The live album Giudizio avrai, privately released by the band in the late 80's, contains a recording from this period, with the band's sound dominated by the keyboards.". So I based the comment on that phrase.