News: Garden of Delights reissues the Pancake - No Illusions album! 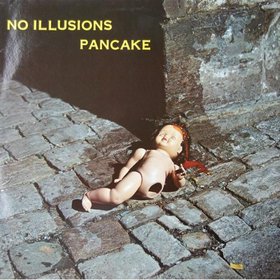 Today we learned that Pancake's "No Illusions" has been released on CD by the great Garden of Delights label. They had announced long ago their intention to reissue this album. In typical Garden of Delights fashion, first they removed it from consideration, and as we reported earlier this year, put it back on the docket. And now it has been released - ahead of other anticipated reissues like Sunbird's "Zagara" and Missus Beastly's "Space Guerillas". A quirky label for sure, but despite these eccentricities, there still is no better reissue concern today.

We featured "No Illusions" about 3 years ago. This link includes that review plus the re-listing news earlier this year. For my money, this is the best of their 3 albums, and is a most welcome reissue.

Official blurb says this: "The group from Winnenden near Stuttgart started as Nyrvana Pancake and released a very good psychedelic 7" single in 1973. In 1974, they shortened their band name into Pancake, and instead of psychedelia they now played symphonic rock. The first Pancake LP, "Roxy elephant", was released in 1975, and the second one, "Out of the ashes", appeared in 1977. The band later veered away from their symphonic style as the people lost interest in this kind of music at the time. Their third and last LP, "No illusions" from the end of 1979, is thus somewhat coarser and tougher than its two predecessors. There was now a female singer for the first time in Pancake's history, in addition to some other changes in line-up. The CD edition on Garden of Delights includes six bonus tracks and has a booklet of 32 pages."

For LP fans, Garden of Delights continues to plunder their own back catalog, with announcements that Siddharta and Missus Beastly's debut will be coming out on vinyl shortly.
Posted by Purple Peak Records at 8:07 AM No comments:

News: The Fents albums available on CD-R via the band

We recently heard from The Fents' keyboardist Adam Holzman, who informs the CDRWL that both "The Fents" rare EP and "First Offense" are available as a CD-R straight from the band. As you know, the CDRWL doesn't count CD-R's as fully realized CDs, but since they come from the band direct, we will always alert you to these opportunities. At least they're legit! And many times, such as this case, they are done with great care.

Adam says: "The CD-R's are burned directly from my master pro-tools file individually, so the audio is very clean. Folks can email me about this at adamhjaneg@aol.com." More details can be found at www.adamholzman.com

Posted by Purple Peak Records at 8:56 AM No comments:

News: Silberbart to be reissued on CD by Long Hair!! 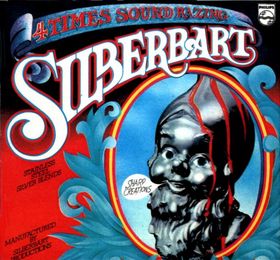 Well, I think it is anyway. Via Shiny Beast's weekly newsletter, it mentioned that an LP reissue is coming out. But when you drill down to their site, they also mention it will be reissued on CD as well (not sure why they didn't advertise it). Complicating matters further, they are reissuing two other albums on LP (Dull Knife and Midnight Circus), and those do not appear to be coming out on CD. It does make sense to me, though - as the other two albums have already come out on CD (legit)! But this will the very first legit reissue of Silberbart on CD, fortunately eradicating the need to own or buy the Germanofake reissue. And, for me personally, I'm glad to see this one come out on LP as well. I'll buy both. I did own the original once, but it had one of those annoying BB-hole cutouts. I probably should have kept it anyway. Now originals have become extremely expensive, and I've been unwilling to shell out for it. Release date has been set for December 15.

As you know, the CDRWL is a huge Long Hair label supporter, so this is great news for us. Here's the label's description: "First official reissue of this legendary collector's item,  recorded by a heavy progressive underground power trio from Hamburg. The album contained just four songs, 'Chub Chub Cherry' (a short and heavy rock song sounding like a more freaky Cream), 'Brain Brain' (16 minutes of acid drenched nightmares, continuously shifting tempo in amphetamine-driven mayhem), 'God' (a much more melodic composition with powerful guitar arrangement, sounding like Black Sabbath meets Hendrix and collectively going paranoid) and 'Head Tear Of The Drunken Sun' (the closing piece that offers 12 minutes of hazardous power trio pyrotechnics). This is an extreme album in many ways: the raw power, the cranky vocals, the restless arrangements, and of course that ugly silver gnome on the front of the sleeve. Includes many rare photos and the story of Silberbart as told by leader Hajo Teschner. Fans of '70s prog, psych and kraut rock will love this album." Though I have to disagree with them on the "ugly" comment. It's way too cool for that.

Our Silberbart feature can be found here, where I appropriately beat myself up for selling the original 17 years ago.

As for the other albums: Dull Knife was reissued by Second Battle in 1994, but has become fodder for pirates in the last decade or so. I sold the CD years ago, but I recall the album as being pretty dull blues rock. I'll probably pull out the CD-R for a fresh listen just in case my tastes have changed.

Midnight Circus is a cherished album for me - having lucked into an original LP copy in the 1980s. Musically, it's a decent folk rock album with one monster Krautrock/folk track called 'November Church'. As such, I never bothered to supplement the LP with the CD. This CD came out on CMP (City Music Productions) in 2003. CMP had rights to the Bellaphon catalog - and reissued most of the important progressive albums from the label at that time.

So if you're curious about either, you will now have a chance to buy LP reissues of both for a fraction of the price.

But for me, the gem of this announcement is the Silberbart CD/LP reissue news!
Posted by Purple Peak Records at 8:05 AM No comments: