News: Garden of Delights to reissue Sunbirds and Missus Beastly!! 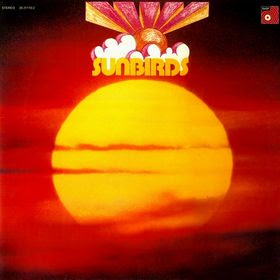 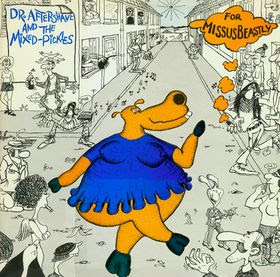 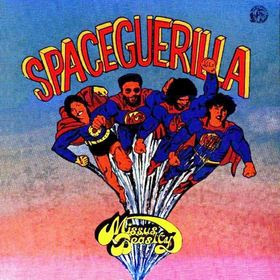 What a great way to close the month. Top shelf reissue label Garden of Delights will release both the first Sunbirds album and Missus Beastly's "Dr. Aftershave and the Mixed Pickles" all with bonus tracks! These should be available very soon. And it sounds like "Space Guerilla" is right around the corner! It's not everyday we get a Priority 1 reissued (Sunbirds) and two Priority 2's (Missus Beastly). And I'm sure the second Sunbirds will follow soon as well.

It wasn't long ago that we discussed the Coming Soon list from Garden of Delights, and these were of course on there. We also have separate features for the Sunbirds and Missus Beastly.

Label says about the Sunbirds: "The fusion group Sunbirds was founded by the jazz musicians Klaus Weiss (drums) and Fritz Pauer (keyboards) in Munich in 1971, when the two of them had already made a name for themselves. They got Ferdinand Povel on flute, Jimmy Woode on bass and the world-famous guitarist Philip Catherine to join them. The band name Sunbirds was Fritz Pauer's idea, as well as the songs in E major and E minor, carrying titles including the word "sun". E is the sound representing the sun in esotericism. Due to their good connections, they could soon sign a contract with the then newly-founded BASF label. The LP was released in that same year of 1971, simply under the name of "Sunbirds" (BASF 2021110-2). The two as yet unreleased bonus tracks are from the same master tapes as the LP/CD tracks and were recorded at the same time. The second Sunbirds LP, "Zagara" is to follow on CD at a later point."

And they continue with Missus Beastly: ""Dr. Aftershave and the mixed-pickles" (April 00001) was Missus Beastly's third album, which once more presented some solid jazz rock, mostly instrumental. It was at the same time the first album to be released on April, the new self-distributing label run by Missus Beastly, Ton Steine Scherben, Embryo, and Sparifankal. The LP was recorded in the well-known Stuttgart Zuckerfabrik studio (a former sugar refinery) at the beginning of 1976. The two CD bonus tracks were recorded at the Vlotho festivals ("Umsonst und draußen" [outside and for free]) 1976 and 1977. At that time, they were presented on the annual festival LPs. "Dr. Aftershave" was actually planned to be released on CD years ago, but some unexpected obstacles caused a long delay. The fourth and last Missus Beastly LP, "Space Guerilla" from 1978, will soon be released on CD, again provided with bonus tracks." The delay is that the label Funfundvierzig was originally going to reissue these, but I don't think the label exists anymore.

I should mention that GoD's Thors Hammer label will also be issuing an archival release from the British folk band Fotheringay and the CD is entitled "Essen 1970".
Posted by Purple Peak Records at 9:17 AM No comments:

News: Bureau B reissues the first two You albums 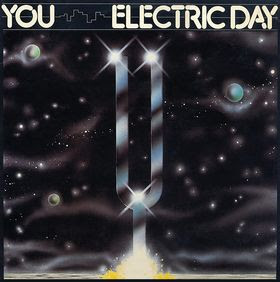 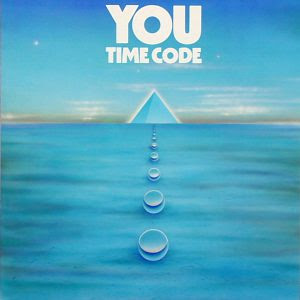 Thanks to a tip from Laser Ken, we learned that the German label Bureau B have reissued the first two You albums with bonus tracks. These have been reissued before (which is why they're not listed separately here on the CDRWL), but on the very rare and expensive 5 CD set known as "Era" that Cue put out in 1996. Naturally I just laid out $85 for that set, when my primary interest was only for these two albums. That figures! I may pick these up anyway, and move the set later on.

I've had my eye on Bureau B for awhile, as they've been putting out a lot of interesting stuff (mainly new material), especially around the Cluster / Guru Guru camp. So this is the first time I've been able to highlight one of their reissues.

If you're not familiar with You, they were one of the best groups playing in the Berlin School of electronic music from the late 1970s and early 80s. In particular, I really enjoy "Electric Day", with the addition of guitar and real drums, that gives it an added rock dimension that is most welcome in this setting.

Label says: "A hitherto less celebrated, yet outstanding exponent of the so called Berlin School of electronic music was the Krefeld combo YOU. Udo Hanten and Albin Meskes teamed up with another iconic figure of electronic music, Harald Grosskopf (drummer for Ashra, Klaus Schulze), to issue their fantastic debut album "Electric Day" 1979. Definitely worth to be rediscovered! Available on CD, 180g vinyl, and download. CD and download will include four bonus tracks!

Four years after releasing their debut YOU delivered the sophomore LP, entitled "Time Code". Reduced to a duo, YOU largely remained faithful to their style, but expanded upon it. The album perfectly illustrates the transition of electronic music from the 1970s to the 1980s. Available on CD, 180g vinyl, and download. CD and download include two bonus tracks!"
Posted by Purple Peak Records at 8:33 AM No comments:

News: Capability Brown to be reissued by Arcangelo of Japan 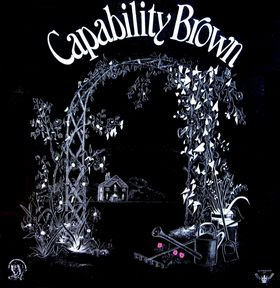 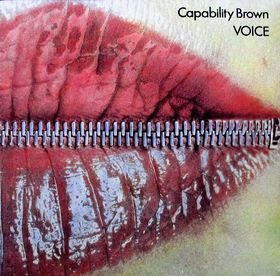 Happened to catch this update from Neolith this morning. Arcangelo is the house label for the Disk Union store in Tokyo. I think "Voice" received a CD reissue over 20 years ago (also in Japan) and this is the first legit release for "From Scratch", but I'm not 100% entirely sure. These will be in the mini-LP format. Since the dollar has plunged against the yen dramatically in recent months, these mini's have become prohibitively expensive. I'm not too concerned though, as currency valuations fluctuate all the time. I'm just hoping they don't go out of print before that happens! Look for a June 8th release.
Posted by Purple Peak Records at 6:11 AM 2 comments: 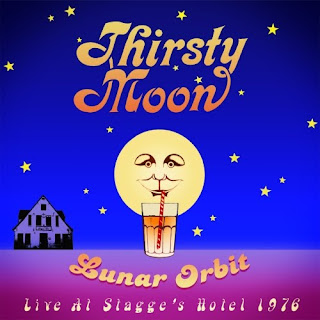 Happened to catch this one while reviewing what's new at Sireena. This is probably past Thirsty Moon's sell-by date, but sometimes a live concert can be a pleasant surprise, especially if it features unique material. And the 1975 concert that Long Hair released was pretty good.

I have scant details as Sireena says nothing more than the following: "With THIRSTY MOON's "Lunar Orbit" (Sireena 2085) we start a cd-series with live recordings from the legendary Stagge's Hotel in 1976. An exciting journey with amazing sound quality."

It sounds like it could be an exciting series. We'll see!
Posted by Purple Peak Records at 7:25 AM No comments:

News: Polyphony to come out on Gear Fab! 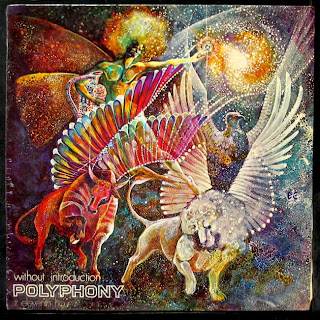 Well I'll be darned. Never thought I'd see a legit reissue of this one come out. Gear Fab is a quirky US based label, who primarily focus on 60's psych and garage, but from time to time will also reissue albums in what the CDRWL features. Glenn Howard confirms this reissue on his Facebook page. I have no details of bonus tracks or if it's even from the original masters tape. We'll find out soon enough (tentative date is set for July 2011).

This one has been booted many times. Hopefully everyone will ditch their former copy and obtain this one. That's exactly what I plan to do. I also have the original LP, which I would not sell in any case.

Wow - the reissues are coming fast and furious now! What a great month it's been.

Our feature of Polyphony here.
Posted by Purple Peak Records at 1:44 PM 2 comments: