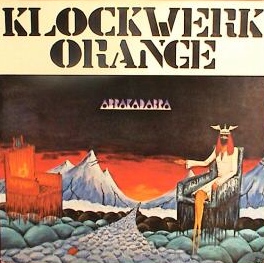 Well.... this news did not come from any of my usual sources. Just an anonymous comment on my CDRWL album entry. No links, no nuthin. Just a label I hadn't heard of before (Digatone). Many times I get notices for pirate issues that I just ignore and delete - but not this time! A little research shows we have the real deal here folks! This is exciting stuff... Dealers, start stocking up!

Here's the Facebook page where you can validate the story. Here's the official blurb: "

This translates to (according to Google of course): "One of the most outstanding Austrian LPs of the 1970s with the wondrous title "abracadabra" comes from an obscure band of teenagers from the Tyrolean Alps Country: Klockwerk orange. When the album appears in 1975, the media are behavioral reactions, 38 years later, the board has blossomed into an internationally sought and ultra-expensive Monster rarity of psychedelic rock. Internet forums from South Korea to Chile, from Canada to Thailand discuss this somewhere between Symphonic Progressive Rock a la Pink Floyd and Emerson, Lake & Palmer and epic classical elements à la Bruckner resettled work of the band Klockwerk orange. The collector value scratches at the thousand euro mark, now long out of the album will be released by the label Digatone Innsbruck. As a special bonus, the reissue also contains three numbers plus two unreleased live tracks, recorded at a concert in Innsbruck city hall in 1975. The double vinyl edition in shape plus included CD complements the original work order-lost recordings of the band, while giving the go-ahead for the company headquartered in Vienna and Innsbruck re-release label DIGATONE.
IMstrumental Glenthof in Imst on 19.5: For all fans of the Tyrolean "new" Klockwerk-recorded music under the two concerts will. and Maikonzert city hall Landeck at 25.5. still further on vinyl Day 19.5. be available from Tonmöbel Kafka."

That's right vinyl hounds - a double LP too! Includes a full live concert from 1975 as noted above.

Here's my puny entry for the title.  I'll be buying the LP (and the CD that comes with it) as soon as possible!
Posted by Purple Peak Records at 2:25 PM 5 comments: 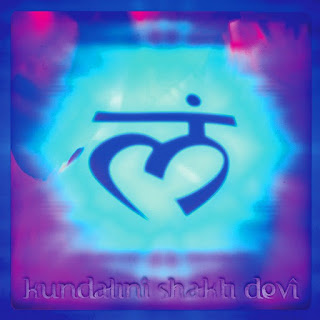 Thanks to a observation by our good friend Spacefreak, it appears AMS/BTF have uncovered a new rarity. I know nothing about the music, sound quality, etc..., but it certainly warrants mentioning! Here's the label scoop:

"As sometimes happens, the eponymous “Kundalinî Shakti Devî” release is a mysterious album, hidden for decades - was recorded back in 1974! - on a tape stored in some drawer, that has been reopened and rediscovered only today. History repeats: the mastermind of the project, Roberto “Paramhansa” Puddu, managed to put together an ensemble of seven musicians with whom he recorded three long tracks, lasting an average of over 15 minutes each, but the genre in 1974 was already struggling to attract the interest of some music manager who could produce and distribute the LP.

The music is inspired by the classic Italian progressive rock, with lyrics about science fiction ("Sensitivity", "Galactic Museum") and criticism of the consumer society ("Flash"), while the ‘external’ influences 'external' carry the name of Van Der Graaf Generator and some German cosmic music – just listen to the long instrumental song sections to realize that yourself!

An exceptional discovery, to stay besides the minor – but not less important, of course! – classics of Italian prog."
Posted by Purple Peak Records at 2:50 PM No comments: 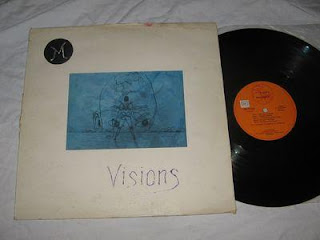 Here's an album I've never even heard of until today. It was pressed on the do it yourself Kiosque D'Orphee, and is about as obscure as it gets. In researching, I found one previous auction, and that's the photo above. The seller described it as "cosmic prog", which sounds good to me - but who knows what it's really like. Could be one man and his synthesizer for all I know. Anyway, we'll find out soon enough as Strawberry Rain plans on reissuing this in the next couple of months!

While on the topic of Strawberry Rain, they also plan on reissuing a very rare 1973 band from Canada called Blind Owl (not to be confused with the 80s Massachusetts band). I could find nothing but an acetate cover on RYM (see below) and an Acid Archives stub calling it "obscure folk". Yet again, we'll be finding out more about this title soon. 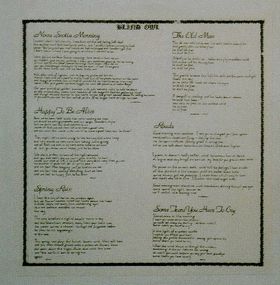 And the previously announced Leong Lau's "Dragon Man' is on pace to be reissued between July and September this year.
Posted by Purple Peak Records at 7:38 AM 5 comments: