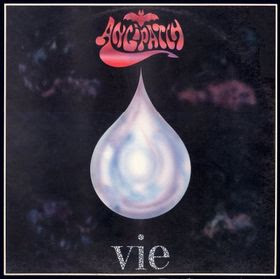 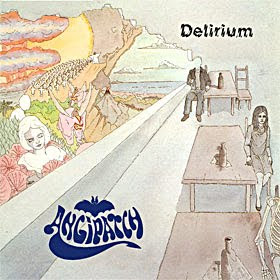 Angipatch's debut "Vie" is a fine example of the dramatic French progressive style ala Ange and Mona Lisa. Of course, this is a more amateurish production, typical of the early 1980s, but the effort is sincere and certainly worth seeking out. Perhaps Elohim's "Le Mana Perdu" would be a good reference. On "Delirium", Angipatch mixes neo prog with new wave synth pop and French vocals, and is a huge step down from the debut. Disappointing.

Priority: none
Posted by Purple Peak Records at 8:21 AM

Being a dedicated fan of classic symphonic rock and loving MONA LISA's and ANGE's sound,I can only recommend ''Vie'' highly to anyone after these bands,despite the typical late-70's/early 80's sound/style problems of the album...