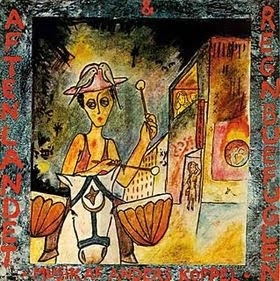 Anders Koppel was the keys player for Savage Rose and this his most known solo album. Parts of it were used for a soundtrack to a film called "Aftenlandet", and the album definitely has a soundtrack flow to it. There's very little cohesion between the tracks, though if each composition is evaluated individually, there's much to admire. An all instrumental album, Koppel was successful in putting together a quintet, giving it more a rock band feel, rather than just a bunch of studio musicians getting together to lay down some incidental music.

Priority: 3
Posted by Purple Peak Records at 6:12 AM