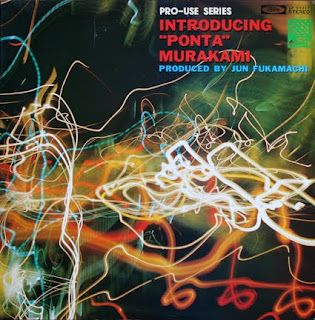 Starts off pretty much in the funky fusion bag, similar to many European fusion albums of the era. Plenty of funky Rhodes, clavinet and bass. But then by the third track, Murakami goes all George Hirota, and delivers spacey electronics with indigenous Japanese percussion. Suddenly the album becomes more interesting, though unfortunately the drums become a bit too dominant. Last track brings it altogether. A good album, though not as consistent as it could have been, especially with the percussion focus being a bit strong. Thanks to reader Rob for the heads up and recommendation (keep them coming)!