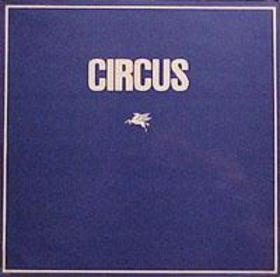 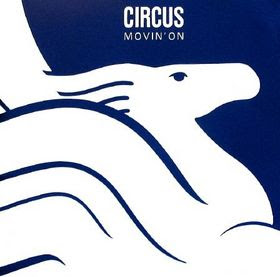 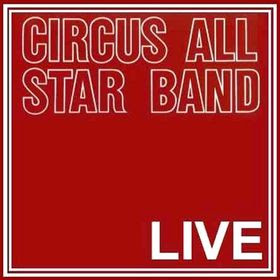 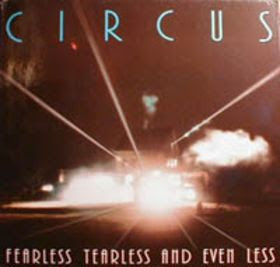 Oops. I had intended on adding Circus at the beginning of the blog when I was publishing my already-established Priority 1's. Then came the announcement from the German label Sireena that they were going to reissue the debut album (which has sadly fallen through), and I put the entry on hold. And then I forgot about it! So this entry is long overdue.

Movin On moved to UMR

My review for Gnosis (dated 2006) for the debut stated: "The Swiss quartet Circus is as diverse as the country itself. Though based in the Germanic city of Basle, Circus does not recall any band that is typically known as Krautrock. And their instrumentation is highly unusual, featuring only flute, bass, drums/percussion and vocals with occasional saxophone and acoustic guitar. With such a stripped down line-up one would expect a more minimal recording, but in fact Circus have quite the full sound. Much of this has to with bandleader Marco Cerletti’s bass gymnastics. Through pedals and effects, he obtains guitar and organ like textures, while also maintaining that wonderful “woody” bass sound that can often drive a recording. Of course, the dedicated flute player helps immensely in the melody and solo department. Though most known for their second album “Movin’ On”, arguably Switzerland’s finest progressive rock moment, this debut is not one to overlook. More subdued than its successor, it nonetheless packs a wallop, through dynamic change, when you least expect it. Again, easy comparisons are tough with Circus, but UK stalwarts Van der Graaf Generator come to mind in the vocal department (courtesy of Roland Frei), and the constant counterpoint allows us to pull out the Gentle Giant credit card. There’s also a sophisticated chamber music feel throughout."

As mentioned above, "Movin' On" is widely considered their masterpiece, and I concur. The legit CD on Decoder (1990) is criminally out of print, and this album is often bootlegged, as demand remains high. "All Star Band-Live" is pretty much a jam session, and completely moves away from the intricate and delicate compositions of the first two albums. It's a huge disappointment from my perspective. The final album is a very good comeback, though Circus are beginning to incorporate some AOR influences. Perhaps the best comparison here would be the Swiss band Flame Dream at the time of "Out in the Dark".

My notes for Tearless, Fearless, and Even Less: "Fearless, Tearless and Even Less is the 4th album from Circus. It's 1980, so the band predictably began to move toward the center and play a kind of proggy AOR that is often more found in North America. The highlight here being 'Leave It or Love It'. That would be Side 1. It would seem that Side 2 is dedicated to their progressive rock side considering the two long tracks. And it is, except they lack the dynamism of Circus' past, and turn in a Pink Floyd-ish snoozer. I preferred the AOR side honestly. A good album, but one hopes for better from Circus.". This one is a Priority 3.

Priority: 1 (for the first two albums)
Posted by Purple Peak Records at 7:06 AM