News: Braen's Machine and "The Feed-Back" to be reissued on Schema! 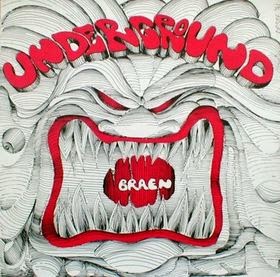 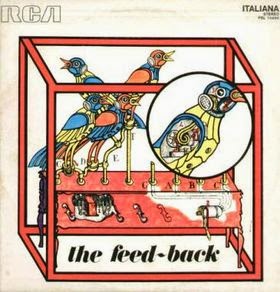 Thanks to a tip from Pierre of France, we learned that Schema will be reissuing these two film library classics. The Braen's Machine, in particular, flows more like a  regular album and is one of our Priority 2's! The Feed-Back was a Priority 3! Schema is a well known Italian label from the Ishtar group out of Milan. This is our first encounter with the label, and we get two CDRWL requests at once - wow!

Description of Braen's Machine as found on the SoundOhm page: "Milestone Reissue! CD Edition, deluxe digipack and Obi. Initially pressed in very few copies for TV production use only on Umiliani's LIUTO label. A monster rare album with Music by Alessandro Alessandroni and Oronzo De Filippi Produced by Piero Umiliani at the now legendary Sound Work Shop studio in Rome, January 1971. During the '70s, work days at Umiliani's Sound Workshop Studios were hectic; thousands of sessions were held in order to keep up with a very busy Italian movie industry: Hundreds of soundtracks alongside with music library were recorded and released on vinyl in very limited quantities for TV and film production use only. Those LPs are now proper collectors' items, extremely hard to find. Filled with hypnotic bass lines, heavy drums and screaming fuzz guitars "Underground", the first LP of the fictitious group known as Braen's Machine, is one of the rarest and the most expensive of them all, always "reaching" sky high prices throughout the second hand vinyl market. A fast-beat jam with hammond scales and a twin lead guitar theme ("Flying") opens the A Side soon followed by "Imphormal", a classicfunk-beat-meetsfender-rhodes-and-psychedelic-guitar number. The music then switch to "thriller territories" with "Murder" which is based on prepared piano swells and a deeply hypnotic walking bass, reminiscent of the best Morricone's soundtracks for Dario Argento's movies. Two highly percussive songs complete the A Side: "Gap" is an improvised song with guitar and keyboards dwelling over an infectious drum rhythm while a marching snare and a vibraslap effect are the special features on "Militar Police". The mood relaxes slightly on the opening of the B Side with a lazy jazz groove on "New Experience" but the rock influences are soon brought back on the following track "Fall Out". "Obstinacy" is all about keyboards with syncopated rhodes themes and distorted hammond sustained notes whilst the fuzz guitar is back again screaming through the left channel on the last song of the album, "Description". We could happly say that that was the golden age of the Italian music library. But who's behind the name "Braen's Machine"? On the original cover the songs are credited to the composers Braen and Gisteri. Braen was a pseudonym often used by Alessandro Alessandroni, an extremely skilled and versatile musician, and one of Umiliani's closest collaborators. He could write, conduct and arrange, he could sing (ever heard "Mah Na Mah Na"?), he could whistle (ever heard Morricone's "For a fistful of dollars"?) and he could play almost anything: guitar, bass tuba, accordion, sitar and the list grows..... His first album "Alessandro Alessandroni e il suo complesso" (Sermi, 1969), had transformed the Italian library music from orchestral sound beds into the psychedelia we all love; the extremely fuzzy guitars are very "present" on "Underground" too. For a long time Gisteri's real identity was rather mysterious; often wrongly attributed to Umiliani. Gisteri was the pseudonym of Oronzo De Filippi, art name of Rino De Filippi, music supervisor to the Italian public broadcast company (RAI) between the '60s and the '70s. De Filippi composed other notable pieces such as "Riflessi" (Edipan, 1975) and "Nel mondo del lavoro" (Sermi, 1972). De Filippi passed away few years ago but we were able to contact Alessandroni to talk about this LP. Remembering "Underground" recording session as one of the thousands he took part of, Alessandroni told us that this record was produced very quickly, in two days maximum. This was made possible by a team of wonderfully capable session musicians and the creative genius behind the mixing desk; this incredible combination helped to focus on the mood of each track even more. Unfortunately there are no liner notes but Alessandroni's memories and speculations, based on other music tracked in the same period at Soundworkshop by resident engineer Claudio Batussi, led us to identify this as the most probable lineup: Munari on drums, Majorana on bass, Vannucchi on keyboards and Alessandroni himself on guitar. For this reissue the sound has been restored and the cover art reproduced exactly as it was. Thanks to Francesco Argento (at Liuto), Luciano Cantone and Davide Rosa (at Schema) we now have the chance to hold a very faithful copy of the original release and listen back to this long gone masterpiece again. "

Description of The Feed-Back as found on the same website: "CD edition. Long-awaited reissue of this incredible and near-mythical 1970 album, remastered from the original master tapes with superior sound quality, replica of the original RCA LP (in gatefold digipack with additional liner notes) in a limited edition of 500 copies. An insane amalgam of avant-improvisation and motorik krautrock beats that, understandably, has become one of the most collectable LPs ever issued (original copies are impossible to obtain). Just as the first "krautrock" lp's were coming out in Germany, in Italy we had a surprisingly similar counterpart: this album. It consists of three long instrumental tracks, somewhere in between psych-rock, avantgarde jazz and funky jams. The sound is definitely experimental and ostentatiously "underground". None of the instruments involved tries to be reassuring: the guitar is scratchy, the trumpet sounds choked, piano and keyboards are always dissonant and a background of "proto-industrial" noises is present all along the record. The music, anyway, is thrilling. The drum patterns, in particular, are extraordinary: regular, tight, groovy, and incredibly close to the "motorik" beat of Can and Neu!...Mystical, spaced-out free music at its best. "The Group" was not a band of young beatniks. As a matter of fact, it's just a pseudonym for Gruppo d'Improvvisazione Nuova Consonanza, a project of renown soundtrack composer Ennio Morricone along with other important experimental musicians. The rock-focused attitude of the record is quite surprising for  such a team of classically-trained men already in their forties!"

Our feature of The Braens's Machine and The Feed-Back respectively.
Posted by Purple Peak Records at 6:52 AM