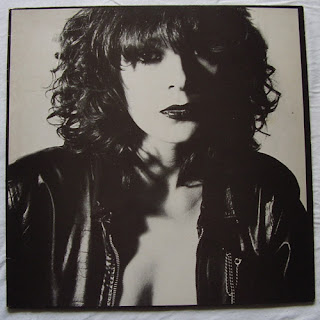 Wow - big news today! I've been sitting on this for awhile now, and I'm glad it's now official.

Before getting into the first release, the naming contest is officially over. The Laser's Edge new limited reissue series will be called Modulus. Congratulations to the poster that named it!

And Modulus' first reissue is a Priority 2 for us. This is a very auspicious beginning for the label, and we can only hope more will appear as time goes on. The fact the first reissue is a rare and obscure Dutch group proves that Modulus will not be a US only label. Here's our post on the album.

Ken states: "The first planned release that we have contracted for is Het Pandorra Ensemble "III". It will feature the original 1978 release plus assorted unreleased bonus tracks (still being sorted out by Dolph Planteijdt). Bob Katz will handle the mastering from the original analog tapes. It will be a strictly limited edition of 500 copies. Since this is not going through normal distribution channels. I have not established an exact release date but I hope to have it available sometime during the early part of the Summer."

Ken's shared with me some other potential reissues, and they're all exciting possibilities!
Posted by Purple Peak Records at 1:29 PM

Hi. Pandora is very good title! Where I find one of this limited CD copy for sale when it becomes released? And all other Modulus releases.. On the Lasers Edge label site in Summer? Thanks.

By the way.. Old Man And The Sea - Dunk release is many years for sale in the - imusik.dk - site. I have many other karma CD titles from this site. Now is only for 49,95 DKK (12 EUR with postage for my country). Normal price is 140 DKK +postage. I Have this one but this low priced edition is not new. And another sadly thing is remix of this album. This 2003 edition is good too ..but sounded more like a new band ..like it was released with new group from this years!! B-) Not sounding like my old 5 EURo bootleg priced cd from Walhalla. Now I have both editions like double cd set in my collection and I sadly prefer the bootleg for my amplifiers B-)

Maybe sometimes someone released this one in non remixed edition (..japan papersleeve with original cover is best for me ) Then I very happy buy another 1 :-)

Sorry for my bad english. I hope that you understand me.

Good luck! Best regards ..and many thanx for all information in your blog. Michal Gamid from Slovakia - gamid@orangemail.sk

Thank you for your excellent comments and advice surrounding the Old Man & The Sea CD. That's too bad that this version isn't ideal. I probably will buy it anyway and do just like you did. I also have that awful bootleg.

As for Pandorra, my guess is that Ken will sell it exclusively from his site, and possibly a couple of others (like Wayside, Syn-Phonic, etc... I'm not sure about European distribution). I'll just get it direct from lasercd.com. It's a very exciting new label I think!

Slovakia is a wonderful country - I haven't been since 1994 though!

Just a quick update for those following these comments - the website Michal is referring to is imusic.dk rather than imusik.dk. The latter is a Christian music site / blog.