News: Laurence Vanay albums to come out on Lion!!! 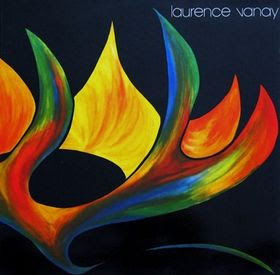 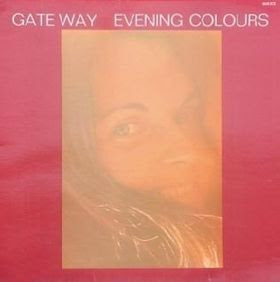 December 8, 2013 update: The Vanay albums have been released!

As if yesterday's news wasn't big enough, I heard from Vincent (Lion Productions' owner) last night who informed me that the first two Vanay albums are coming out on both CD and LP! The CD will be a mini-LP sleeve and will contain many bonus tracks (perhaps from the mythical last 2 albums, or from the Magic Slows album - I'm not sure yet). No date has been given for release. These are Priority 1's for me, especially Galaxies, an album of pure genius. Our feature of her albums here.

Vincent says: "I've just signed a contract with Jacqueline Thibault to reissue "Galaxies" and "Evening Colours" (at least), both (mini-LP sleeve) CD versions with plentiful bonus tracks; both LP versions as straight-up LP reissues (I think). I'm still sorting through the many CDs of music she sent to me before we determine what exactly will be included on my re-releases."

With news of Rock Joint Biwa, Het Pandorra Ensemble and Laurence Vanay, April has proven to be one of the most exciting months in years concerning reissues! Let's hope it continues.
Posted by Purple Peak Records at 7:51 AM

This is really exciting news Tom. I was chatting with Jacqueline last year when I bought some of her CDs and she told me she was in negotiations with an American producer but did not want to say more...now the cat is out of the bag :)

I agree. Vincent is doing a great job at Lion. I've been tracking this Vanay reissue for almost two years now, but I didn't know it was Lion in the lead until two nights ago. So we know it will be a great reissue!

Tom here's Lion's low down on the first of the Vanay reissues....

LAURENCE VANAY “Galaxies”
Laurence Vanay is the pseudonym for Jacqueline Thibault, wife of producer and musician Laurent Thibault (Magma). Her debut album "Galaxies" (1974) is pure genius: almost all instrumental, with gorgeous keyboards of many types, acoustic/electric guitar, even a little Zeuhl bass. There are wordless vocals on many of the tracks, although she occasionally sings in a soft, seductive manner. Incredible, spacey “avant-garde progressive chanson,” a Holy Grail for most collectors of 70's underground French music. Rivaled only by the early work of Brigitte Fontaine for pure inventiveness. Sublime compositions: unique, melancholic and very powerful.

"Since childhood, I improvised and composed songs and instrumental music... it seemed to me that music was the true language of emotions. It was with great difficulty that I managed to record the albums “Galaxies” and “Evening Colours” in very limited time with the means at hand, and with the help of faithful musician friends." —Jacqueline Thibault

*First ever reissue, remastered from the original master tapes

*Both formats come in old-style tip-on gatefold jackets, both limited to 500 copies

Excellent - thanks Mike for the news!