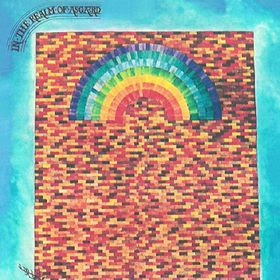 Other than a rare Japanese press from the 90s, this is the first reissue of their sole album. Here's our entry from the OCDRWL:

Asgaerd (Asgard) - In the Realm of Asgaerd (England) 1972 Threshold. I had this on LP many years ago, and recently received a request to add here. I don't recall much about it but ProgArchives says "A sound very reminiscent of the Wooden Nickel era Styx, Asgærd combine Dennis deYoung-like vocals with Uriah Heepish guitars and the overall pastiche of bands like Rhapsody, only at the height of the progressive (aka art) rock era. In other words, they were dead-on for their time. The sound doesn’t wear all that well with time, but some accommodation must be made since this album was released in the very early seventies."

Other Esoteric reissues include:

Many of these have also fallen OOP.
Posted by Purple Peak Records at 3:37 PM