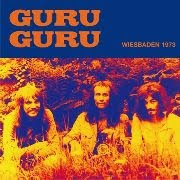 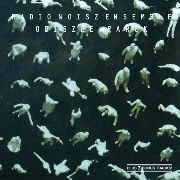 This batch includes the rare second album by Radio Noisz Ensemble, originally released only as a cassette. Also another archival Guru Guru release, this time a Wiesbaden concert from 1973 (they previously issued one from 1972). And finally, a another reissue of Embryo's "Surfin'", first done by Disconforme over 10 years ago and long out of print.

"The Radio Noisz Ensemble, successor of the folk group Emma Myldenberger, came from the Weinheim an der Bergstrasse area and released its only LP, 'Yniverze' (Ubu Muziek UMS 01), in 1982. It was compared to works of the Third Ear Band, Between, and Tri Atma. 'Odiszee-Parck'(Ubu Muziek UMS 03), appearing only as a small cassette edition, followed in 1983. The music on this album is of a significantly freer style, more unwieldy and harder to digest than its predecessor; less meditative. The CD was drawn from the master tape. The cover motif is the same as the one used for the cassette, the only difference being its coloured design - like the concert poster of a quite similar make - instead of black and white. Once again the oboe is the leading instrument, and also the remaining instrumentation, featuring English horn, zither, double-bass, violin, flutes, etc. is quite unusual."

"Guru Guru played in the Wartburg, a Wiesbaden hall, on September 17th, 1973. It was one of the gigs recorded by Xhol (Caravan) acquaintance Muck Krieger. His recording equipment was then state-of-the-art: an Uher tape recorder CR 124 and two Revox microphones for the stereo sound, the equipment he had used the year before (CD 'Wiesbaden 1972'). The result has turned out satisfactory, although the occasional singing sounds slightly thready and reverberant. That is partly due, however, to the live sound reproduction during the gig. With its 37 minutes, 'Ooga Booga' leaves a lot of space for free improvisation. 'Round Dance' and ;Das Zwickmaschinchen' are from their fifth LP, 'Don't Call Us', which had just been recorded at that time. Thus, Muck Krieger's supply of Guru Guru material has been exhausted. "
Posted by Purple Peak Records at 8:30 PM