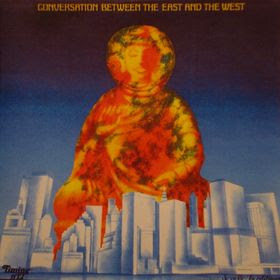 French music library album that mixes sitar, tabla, electric/acoustic guitar, drums and Moog/clavinet based electronics. Excellent and a nice companion piece to the Yves et Alain Lorentz "Espaces 2" album. Hayat apparently released a must own album, as considered by rare groove DJs, under the guise of Droids (1978). I haven't heard the latter.

Priority: 3
Posted by Purple Peak Records at 6:48 AM

The cover looks like a EGG release. Tom, what about the entire EGG catalog? someone mention this in the reissues labels?

You're right, there are still so many albums from the Egg label that need to be addressed like Ose, Magne, Markusfeld, etc...