News: Gunter Schickert's "Samtvogel" to finally come out on CD! 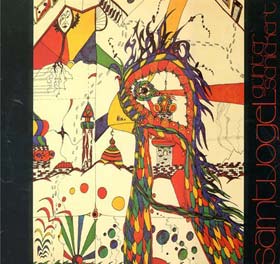 You all might remember my announcement of this.... all the way back to 2010! Thanks to a comment from reader Eric, we learned that Important Records is still planning on reissuing the album, and they have tentatively set the date for April! (update: Released on April 29th!)

So that's two Gunter Schickert announcements in 3 days. That's a good week I think!
Posted by Purple Peak Records at 7:45 AM No comments:

News: Schulze-Schickert Session to be released!

To be reissued on CD and LP from MiruMir, a new(ish) label that concentrates on the electronic pioneers of the 60s and 70s. I wasn't aware of this session, but in doing some research, it appears it's been in the CD-R market for some years now. Presumably this will be a much enhanced version. I love both Schickert and Schulze's 70s works, and I had no idea they ever played together, so this could prove to be most interesting.

Label says: "For the FIRST TIME, from the vaults of electronic music guru, KLAUS SCHULZE, comes The Schulze-Schickert Session, a RARE and PREVIOUSLY UNRELEASED private session featuring echo-guitar pioneer, GÜNTER SCHICKERT. Recorded on 26 September 1975 in Klaus Schulze’s home STUDIO in Hambuehren, Germany, Schulze can be heard playing an EMS Synthi A, as well as keyboards, and a Syntanorma, while Schickert plays a 12-string Framus with metal strings and also sings on a few tracks. Although Schickert’s name is little-known outside of a very select circle of krautrock fans, he was a key member of the Berlin free jazz scene of the 1960s and a pioneer of the echo-guitar. Just prior to the recording of this informal session, Schickert’s first LP,Samtvogel, was released on the seminal Brain label. On the two bonus tracks, found only on both CD versions, Schickert’s playing ebbs, as Schulze takes on the more dominant role.

Side A: 1 Die Sehnsucht des Laien 2. Hymns to the Night 3. No-Frills
Side B: 1. Heart of Darkness 2. Twilight Chill 3. Blessed Twilight"

Posted by Purple Peak Records at 9:30 AM 6 comments: 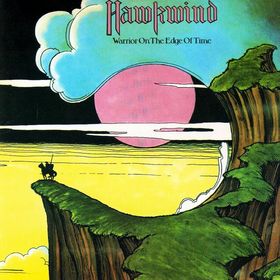