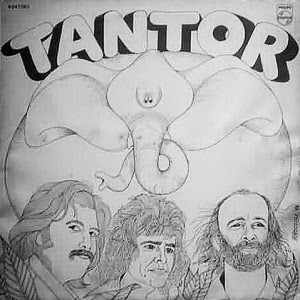 This is another one from the CD-R revisit project. I didn't have this title listed prior, because I thought it had been reissued already, but it turns out that the only press (along with their second, and less lauded 1982 followup "Magico y Natural") is dubious at best. So if nothing else, we're calling for a better reissue!

Tantor, from Argentina, were yet another band from this era to tackle the fusion genre with alacrity. Tight and energetic fusion is the order of the day, with 1979 period instruments dominating the sounds. Tantor are exactly what I'd imagine Crucis to sound like had they released an album in 1979.

Priority: 3
Posted by Purple Peak Records at 8:59 AM No comments:

News: Great new discovery and it will be reissued on CD by Strawberry Rain: Peter Wale! 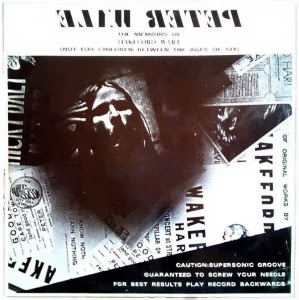 The AC sent this one to me about a month ago, but I needed to accelerate things along, as we recently learned that the excellent Canadian label Strawberry Rain will be reissuing this album sometime in the near future!

Let's check in with the AC to get his overview: "Peter Wale is a singer/songwriter and multi-instrumentalist from Cape Town, South Africa. He was the leader of a band called Wakeford Hart who were active in the local underground rock scene around 1970. After that band dissolved, he seems to have gathered a new group of musicians to help him perform under his own name. However, he quickly became disillusioned with the state of affairs (both musically and politically) in South Africa, and decided he was going to pack up and set off for South America as a crew member on a yacht. But before that, he decided to give one more concert with his group in early 1972, almost as a sort of protest event. Shortly afterwards, he selected a handful of tracks from the performance and privately pressed around 300 or 400 copies of this LP, to be sold around Cape Town on a fairly informal basis shortly before he left. Apparently he didn't make too much headway with this, and very few were sold or have survived to the present day. Fast forward to 2010, and Peter Wale, now married and living in the Seattle area, receives word from a gentleman back in South Africa that the original master tapes of the 1972 concert have been discovered. Astonished by this news (his own lone copy of LP hadn't even survived the trip overseas), he set about remastering the tapes, recently making them available for purchase as a handmade CD-R set. Unfortunately the set doesn't replicate the cool original LP cover (the back of which features a hilarious Monty Python-esque history of Wakeford Hart and its untimely demise), but it does include lyrics and liner-notes.

Now that we have that bit of (rather remarkable) backstory out of the way, let's talk about the music. The original LP was a selection of 4 songs (at around 40 minutes) from the concert tapes, but the entire show actually ran for about 90 minutes over the course of 14 individual tracks, so there's plenty to digest here. I'd tend to describe it as a mixture of psychedelic, progressive and folk rock. Song-oriented, but with plenty of room given for extended instrumental jamming. There's a kind of easy, natural flow to the whole set, and Peter Wale is a fine songwriter. Instrumentally, it's dominated by acoustic piano and fantastic liquid electric guitar work (with plenty of fuzz and wah-wah) over a solid rhythm section. And if you happen to like flute in a rock setting, you'll be in heaven here, as the band featured a dedicated flautist, fluttering and echoing all over the place in decidedly trippy fashion. The vocals (both male and female) are also very good. He did a great job with the remastering as well. The sound is crystal clear and is a marked improvement over the original LP. As mentioned, it's quite a lengthy set, and there are a couple of brief sing-songy tracks and some audience banter that could be edited out, but overall this material is remarkably strong. I'd even go as far as to say that this is amongst the very best that the classic early 70s South African psych/prog scene had to offer, which makes it all the more unfortunate that it's remained buried and undiscovered for so long. This would seem to be a no-brainer reissue project for one of the current crop of psych-oriented labels out there, especially since albums from "exotic" locals in Africa, Asia and South America seem to be all the rage with many of them. Hopefully one of them will take the initiative and get in touch."

And, as we now know, the AC's prediction turned out to be prophetic. As we often say here, it's truly amazing how much great progressive rock music still continues to be discovered from its original era. This is a very good album for all the reasons he states. Usually albums such as this bog down into a "message" political album, but these guys are really musicians at heart, and the folk side of it is downplayed for the most part. This would have been a Priority 2, had we not already received news of the reissue. Something new to look forward to - for what I presume - to be everyone. This is truly an unknown. 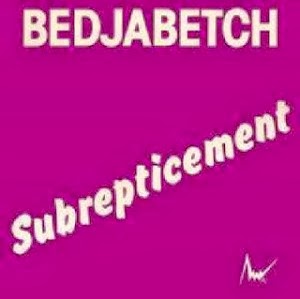 I've got quite a few new albums to report on here. Mainly from the CD-R revisit project, but also a couple of new LP purchases. I also have one major CD reissue announcement / new to the CDRWL pairing (like with the Phase) coming up from The AC, but I'm always a few days behind it seems.

This one, however, I thought was already in the list. This listing is born out of a conversation with Gnosis Mike, and he asked me which label did the CD come out on, since I didn't have it in the list. "It's there, Mike..." "Oh no.... not again!". I've had the LP for over a decade now. But somehow I managed to leave it out of the CDRWL, and it wasn't in my RYM listings either. Not sure how I could have missed it in two places. At least I had the Gnosis rating.... Not to say it's an amazing find, but it certainly is worthy of a CD reissue.

Subrepticement is a fine instrumental fusion album from France with excellent sax charts and kinetic electric guitar leads. File next to your Spheroe albums. It's definitely representative of the time and place, but one could do worse than French progressive rock fusion from 1979!

Priority: 3
Posted by Purple Peak Records at 8:44 AM No comments: 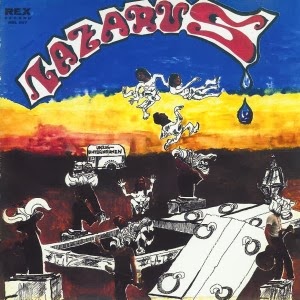 Lazarus' sole work is one of those mythical albums that was only whispered about amongst the cognoscenti. On the tiny Rex Records label from 1973, the Austrian band escaped everyone's radar until last year when it was announced that Digatone, and later Shadoks, was going to reissue it on vinyl. This is one of those albums I was just about to listen to, but never did. So now I don't have worry about spending big $ on the reissue LP, as Shadoks has already come through with a CD. Since their CDs are made here in the US, it'll be readily available and affordable. I'm looking forward to hearing it!
Posted by Purple Peak Records at 9:08 AM No comments: 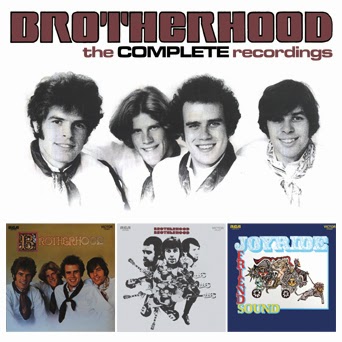 I saw this one come through the wire yesterday, and I ordered it immediately. As such, I will be featuring it in Unencumbered Music Reviews soon as well.

As you can see, this is a 2 CD set that also includes the band that precedes Friendsound, and that would be Brotherhood and their two albums. I haven't heard these myself, and they look to be a bit outside of what I normally listen to. But for a few extra bucks, I'll hear two new-to-me albums plus obtain one of America's most experimental psych records on CD to supplement my LP copy. As well as what appears to be a great reissue all around. Our feature for Friendsound is here. And if we look carefully at the label description, we'll notice the band is known as Friend Sound - two words. The original LP gives us a mixed message on that front. The spine is two words, but everywhere else (label, back liner notes, track titles) indicate it is one word. So it appears there will need to be some discography adjustments applied on the various sites out there.

We haven't run into the Real Gone label prior, but they have been around for over 20 years, and appear to have quite an extensive collection of reissues under their belt. So it's good news that they've entered our realm as well!

The label's description is as follows:

Right at the height of popularity for Paul Revere and the Raiders, the band’s core power trio of Phil “Fang” Volk (bass), Drake “The Kid” Levin (guitar) and Mike “Smitty” Smith (drums) left to pursue their own more ambitious musical goals. Subsequent lawsuits and a run of bad luck meant that the first, self-titled album by their new band, Brotherhood, would be delayed, and received little notice at the time. Yet, by mixing a wealth of socially-conscious original numbers with hard-rocking reinterpretations of tunes by the Mamas and the Papas and Joe South, Brotherhood was a band brimming with promise. Between 1968 and 1969 the band released two more albums, one under their own name, the other a third, wildly experimental record (Friend Sound / Joyride) that drew upon Cage, Zappa and Stockhausen (and acid) for its influences. Bringing together music that has been out of print for over 40 years and never available on CD until now, Brotherhood: The Complete Recordings includes all three albums the group cut for RCA on two CDs, plus a definitive history of the band by Bill Kopp, based on extensive research and a lengthy interview with Phil Volk, who contributes a note of his own. Remastered by Vic Anesini at Battery Studios in NYC…one of the great lost bands of the late ‘60s!"
Posted by Purple Peak Records at 4:39 PM 2 comments: