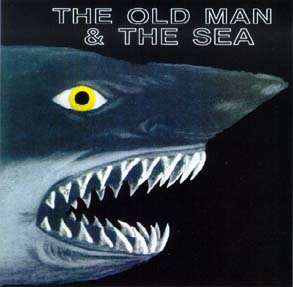 More exciting news out of Japan! As some of you may recall, I featured this album earlier this year, only to find out it was reissued legit - except hardly anyone knew about it. Belle Antique is the house label for Marquee, so I checked with my friend and Gnosis colleague Nobuhisa - who tell us: "We are going for the original mix + we'd have the bonus track appeared on the legit CD. According to the band, the original master is gone, so this will be from a clean copy of the original vinyl. Tommy Hansen has done the mastering." That works for me! And Old Man & the Sea is the perfect album for a mini-LP. The original LP is a typically great early 70s major label package - with a cool gatefold cover.

So unless you own the very obscure Dunk label version (which most of us never saw even when it was released), the Belle Antique version is the way to go!
Posted by Purple Peak Records at 8:04 AM 2 comments: 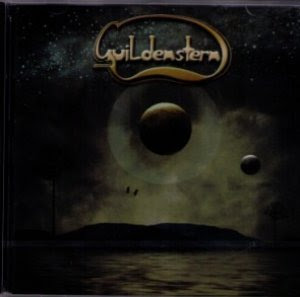 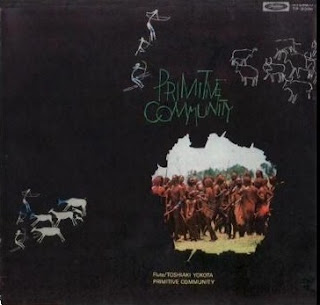 I've said it before and I'll say it again here - Japan is harboring the most undiscovered music from the 1970s.
Posted by Purple Peak Records at 3:31 PM No comments: 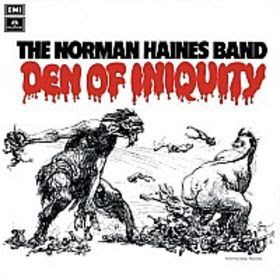 We featured this album a couple of years ago.
Posted by Purple Peak Records at 12:10 PM No comments: 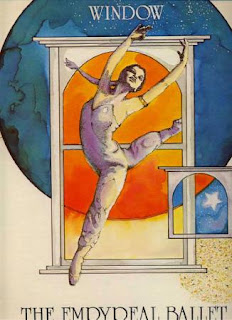 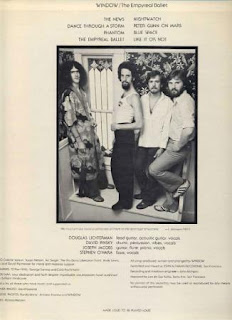 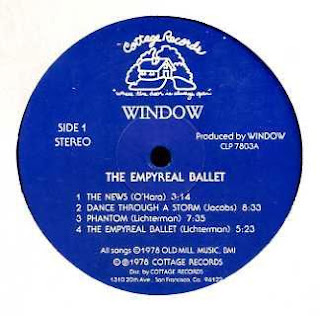 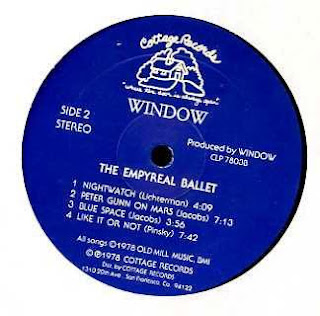 So here's one I've been wanting to post about forever. I had a cassette of it from long ago, but without info. Usually a simple Google search will find me an album cover and other data. Except in this case, it was as if the album didn't exist. I couldn't find anything about it anywhere. I asked Midwest Mike, The Alaskan Connection and others, but no one seemed to know anything about it. When that happens, I begin to question the tape markings. Was it mislabeled? Was it ever actually released? Did I get a demo album way back when?

Then, about 2 weeks ago, I received a note out of the blue asking if I was interested in knowing more about the album (it's in the main list and I was asking for info). Of course I said yes! But that trail seemed to go cold as I never heard back - until today, but he had already sold it! On a whim, I decided to Google it again - and lo and behold - there it was, sold on ebay just 3 days ago! So I have to figure it was the same gentleman. That's pure speculation, but whatever, the ebay auction had photos and some info! So thank you to the ebay seller (blind-boy-records) - and if it's the same person who contacted me - thanks again!

So it appears Window are a San Francisco / Bay Area based group, and they released this one very good progressive rock album. Honestly, I was certain I was going to find out the band were from Illinois or Missouri, because it does indeed have that Midwest progressive rock sound, especially apparent in the vocal sections. The mix of complex progressive rock, piano jazz-rock and AOR FM radio ambition only cements the comparison. Excellent electric / acoustic guitar work, flute, tuned percussion, with a horn section and complex rhythms is what you'll find on "Empyreal Ballet". Curiously for a band of its type, there are no keyboards (beyond the piano of course).

Priority: 2
Posted by Purple Peak Records at 5:00 AM 4 comments:

As regular readers of the CDRWL know, we don't count CD-R's as completely reissued albums. However, that doesn't stop us from letting you know about them! Going forward, I will only announce CD-R's if the band themselves are releasing it in this format.

A tip from an anonymous reader earlier this week pointed me to a Youtube with an e-mail address on how to order their "CD". That lead me to a friendly discussion with Ragnarok member Andre Jayet. I made a few suggestions on having their album pressed by a quality and honest label, and so we'll see if that ever comes to fruition.

But in the meantime, if you would like to obtain legitimate homemade CD-R's, here's the instructions on how to do so:

"The CD’s are CD-R. (Ragnarok, Nooks and Ragnarok Live). There are some liner notes inside. The bonus tracks can be found on the live CD-R.

There is a Facebook page (Ragnarok New Zealand) Where you will find unpublished pics, info, comments and some video.

Orders for the CD-R’s are taken from this email site (ragnarok.nz@gmail.com).

We featured Ragnarok about a year ago.
Posted by Purple Peak Records at 7:11 AM No comments: 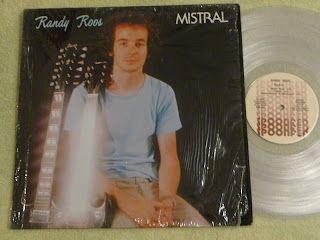 While we await the first reissue on the Modulus (Laser's Edge) label - Het Pandorra Ensemble - we now have official word on the second release: Former Luna guitarist Randy Roos "Mistral" album. Regular readers of the CDRWL will note that Midwest Mike had actually sent me the LP of this excellent fusion album last winter. And here it is already on CD!

We featured the album back in February. Excellent news for American fusion fans, who like a little progressive rock thrown into the mix! Another excellent choice for a reissue from Ken.
Posted by Purple Peak Records at 9:17 PM 2 comments: