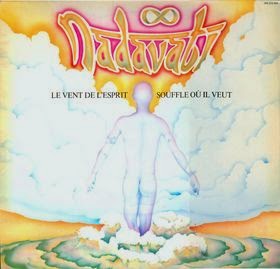 Well this one certainly caught me off guard. We learned from Wayside's mailer today that Nadavati's sole album "Le vent de l'esprit souffle où il veut" will be reissued on CD soon. Certainly not typical fare for the Zeuhl biased label - but an album I'm very grateful they are reissuing and I will be a first day buyer! Our prior feature here.
Posted by Purple Peak Records at 9:28 PM 2 comments: 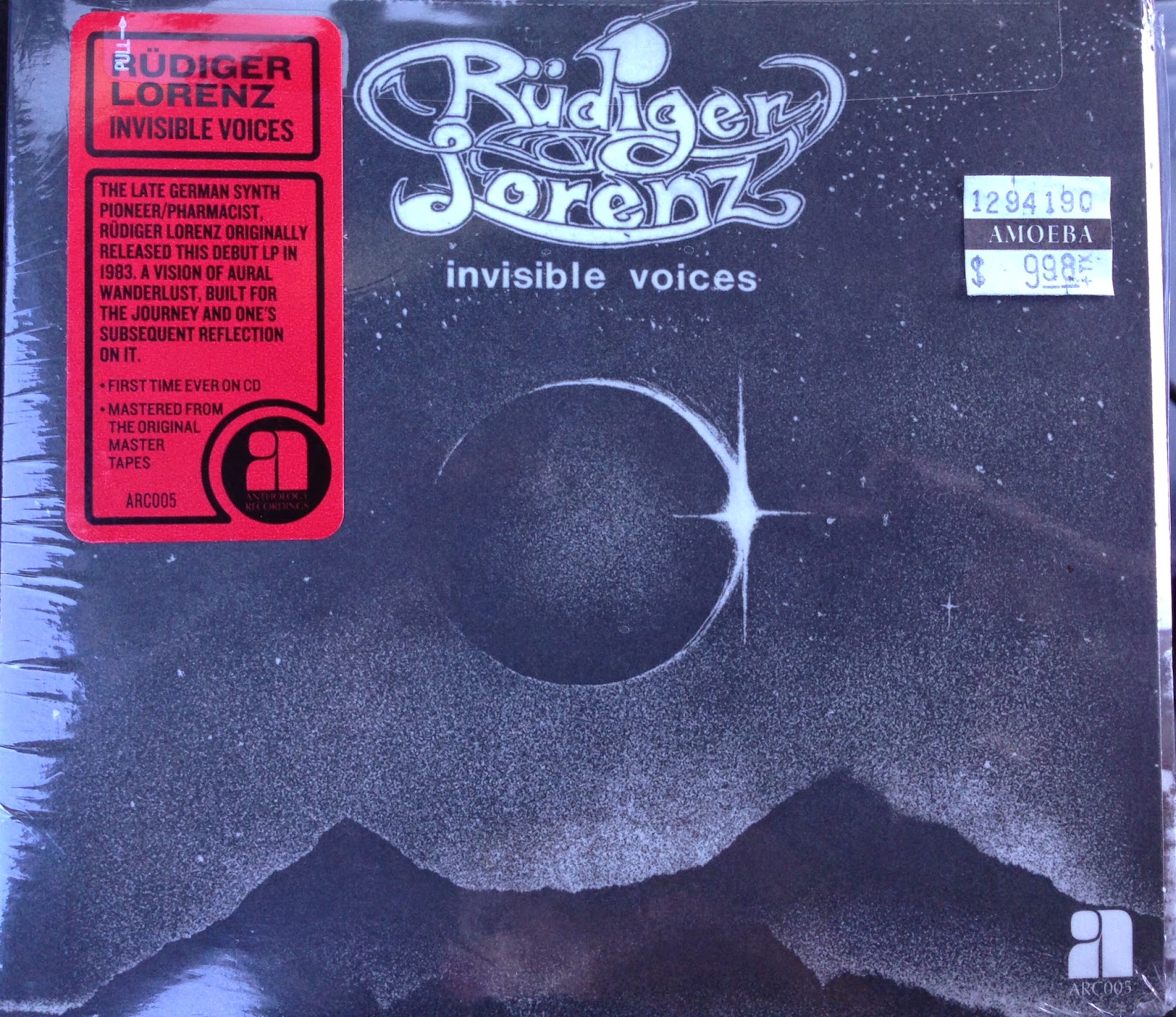 Thanks to a note (and photo) from regular contributor Eric, we learned that synthesist Rudiger Lorenz's debut LP from 1983 (who had one cassette prior) "Invisible Voices" has been reissued on CD from the Anthology Recordings label, which is the first time we've come upon the imprint. I admit to being woefully ignorant regarding Lorenz's work, but it's clearly within scope of the CDRWL. I couldn't make heads or tales out of the label's description, but I did find this review online that is more telling: "As rosy-fingered dawn cups Holbeck in its hands and thumbs open the new day's crack, I'm starting another mammoth review-a-thon with the gorgeous new age kosmische sounds of this meditative-yet-bustling reissue from full-time pharmacist/part-time synth wizard Rudiger Lorenz, which originally came out in 1983 (as did I).

It's a timely reissue, since so many of the current crop of synth explorers are so in thrall to the late '70s/early '80s sound. I've not encountered Lorenz's music before today but it's very impressive - lushly constructed synth meditations full of graceful drones and robotic pulses and softly unfolding melodies that to my ears falls somewhere between contemporaries JD Emmanuel and Tangerine Dream, but more melodically restless than either - in fact the latter's soundtrack work on films like 'Near Dark' often comes to mind because the nine pieces contained here are fairly succinct despite the "new age" nature of the softly trickling synth tones.

I get the feeling that the individual tracks are supposed to evoke the atmospheres of certain places. 'Out of the Past' has some staticky whooshes and a striding melody like Vangelis's beach run music from 'Chariots of Fire', 'New Atlantis' has strange dramatic space-swells, stumbling drum machine and a robotically processed female-voiced monologue. Sometimes the time and place he's trying to evoke is hinted at by the titles, such as the blissful 'Summer with Sonja' or the slightly Kraftwerk-esque 'Flight Over Greenland'. All in all it's a very enjoyable album, full of varied moods, easygoing melodies and vintage synths."
Posted by Purple Peak Records at 9:14 PM No comments: