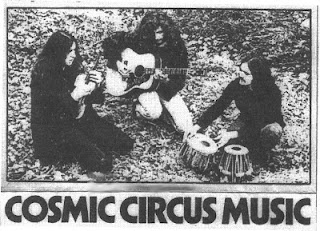 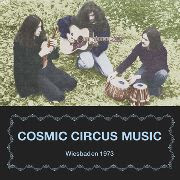 And for vinyl only buyers, look for Siddhartha and Vita Nova - both successfully reissued on CD by GoD many years ago - which are both available as we speak.
Posted by Purple Peak Records at 9:21 AM 4 comments:

News: Group 1850's Paradise Now to be reissued by Pseudonym 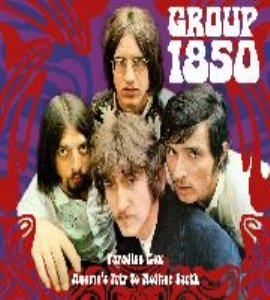 This one came across the wire today, and thought I'd share the news. It's not as exciting as it could have been, but it's still very welcome. I know many of you, including me, have been waiting for a high quality CD reissue of Paradise Now. I've featured this album on the UMR site, and it is without a doubt one of my all time favorite albums. I have the dodgy Free CD, as well as an original LP that I paid top dollar for, as it's a beautiful copy. I've been calling for a better CD for years, though I never put it in the CDRWL since I heard personally from the label owner that their CD was indeed legit. More info on the UMR site regarding this.

Pseudonym, after years of being dormant, has come back with a vengeance of late, reissuing dozens of albums on CD and LP. However, up until today, nothing had been new - or at least nothing that hadn't been reissued by them or someone else (evidenced by the fact this is the label's first entry into the CDRWL). It was just yesterday I noticed that Pseudonym was reissuing "Paradise Now" on LP. And even though I have the original, I am very tempted to buy this LP as a second copy. One reason is they are reissuing it as a gatefold (the original is a single sleeve), and secondly they are adding an historical essay and photos. What's obviously missing, of course, is any bonus tracks - something that Group 1850 had in spades with the "Agemo's Trip to Mother Earth" CD (both Pseudonym and Rotation versions). And now one day later after the LP notice comes the announcement that Pseudonym will reissue "Paradise Now" combined with all of "Agemo's" on one CD. What this obviously tells us is there is absolutely no bonus tracks to offer. No live material, no studio recordings, or no hidden singles that haven't already been issued. I'm OK with that - but there are still three Group 1850's that haven't been reissued ever (legit that is)! Namely "Polyandri" (1974), "Live" (1969) and "Live on Tour" (1976). So either those are tied up elsewhere, or Pseudonym has other plans for those albums. I'm hoping for the latter of course. They are planning to add an essay to the CD, presumably the same one as for the LP. I'll probably buy this CD anyway, even though I have Agemo's already on CD and LP - just because it is certain to be an improvement on the barebones Free label CD.
Posted by Purple Peak Records at 7:16 PM 2 comments:

News: Patrick Vian's Egg album to be reissued on CD! 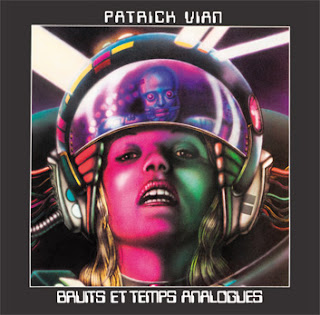 Thanks to a tip from reader Achim, we learned that a label called Staubgold will be reissuing Patrick Vian's "Bruits et Temps Analogues" on CD as well as on LP. I had this title in the main list, and just never got around to featuring it. Vian's solo album is a fine 70s electronic styled album that's always been relatively easy to find on vinyl here in the States. I'll probably pick this one up, as I'm sure the CD will add much to the sound. This is our first encounter with the Staubgold label, though they've been around since the late 90's, having been based in both Koln and Berlin, Germany. Currently they've set up shop in the southern French town of Perpignan. Hopefully they'll dig around and release more French obscurities for us!

The label writes: "Staubgold is proud to reissue the one and only solo album of Patrick Vian (Red Noise), originally released in 1976 on the Egg label. The album is available on vinyl in a strictly limited edition of 500 copies and for the first time ever on CD and as a download.

A wonderful and obscure gem of electronic music certain to please the fans of Krautrock, French 70s electronic music and Kosmische Musik. Patrick Vian plays Moog 2C, ARP 2600, Moog Sequencer and piano and gets help from jazz musician Mino Cinelu (who had played with the likes of Gong, Weather Report and Miles Davis) on drums and percussion. Georges Granier adds Fender Rhodes, marimba, noise and scissors. Bernard Lavialle (Ame Son) plays guitar. Together they create a unique hybrid of experimental electronic, jazz and world music. This highly original sound made Steven Stapleton include Patrick Vian to the famous Nurse With Wound list of adventurous music."
Posted by Purple Peak Records at 3:28 PM 2 comments: 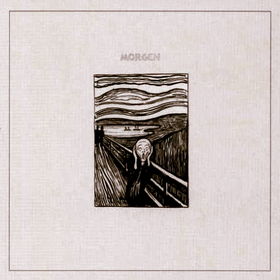 Here is the label blurb: "One of the greatest heavy psych albums ever made, this mindblower has it all - trippy songs, spacey production, ace musicianship and jaw-dropping guitar. It's presented here in its fullest ever version, with the full involvement of the band's enigmatic leader Steve Morgen. Featuring eight rare bonus tracks (including home recordings made by Morgen and guitarist Murray Shiffrin shortly after the album's December 1969 release), a packed booklet and rare photos, it's truly essential for fans of psychedelia."
Posted by Purple Peak Records at 7:23 PM 1 comment: 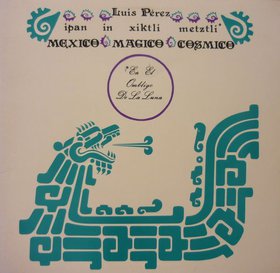 The only problem with all those fine Mexican releases was the generally poor pressing; doubly a problem with rather quiet music. This CD release is an incalculable improvement on the original, very rare album. Recommended!"
Posted by Purple Peak Records at 6:20 AM No comments: