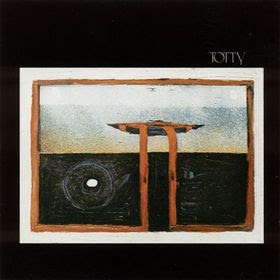 The Totty Brothers of Tulsa, Oklahoma provide us with a strong hard rock entry, complete with a mixed up Christian-score-with-chicks message. And just how many righteous men have gotten religion for a chance at a piece of sweet ass? Hmmm-mmm, homeboy know! No matter though, 'cause this delivers the goods in the layman's sense - solid distorted guitar fronted hard rock. Pre NWOBHM, but with that same take no prisoners attitude. File alongside Truth & Janey / Poobah. This is the good stuff.

The kind of album that would've been reissued by Monster and probably will be by Rockadrome in the future. Their second album is straight AOR music and not worth mentioning. boots exist.

I've made multiple attempts to work with these guys on an official reissue, but they seem content to let it sit. I love this album.

I have a CD version from the Radioactive label.