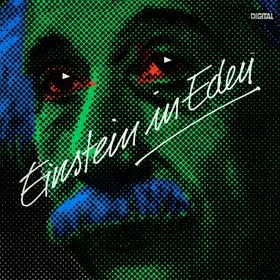 Interesting album that is truly symphonic rock - as in a symphonic band plays rock music. Side 1 is the more interesting piece that mixes epic classical soundtrack with electronic music. I could see fans of Art Zoyd appreciating this aspect of the group. Side 2 has more of a rock feel, with big fat beats approaching disco, that gets awfully close to Walter Murphy and The Big Apple Band - and genuine hokum ensues. Eventually they get back to their senses and close the album similar to how it started. But the stains are already on the carpet. Hard to get out.

Priority: none
Posted by Purple Peak Records at 7:22 AM

Labels: Einstein in Eden, Priority none