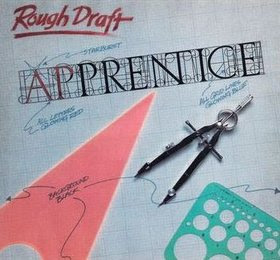 Another good one sent in by Mike. Apprentice could be classified as a straight ahead fusion album, but it has just enough of an edge, especially in the 70's inspired guitar work, to add it here as a featured item. There's no mistaking its 1980s heritage though, especially noticeable in the thin sounding synthesizers, warm bass tones and slick production qualities.

I'm probably going to be peppering more of these types of albums into the main blog as I revisit them. Many are sitting in the main list, but haven't been featured here yet. There seems to be an ever growing audience for late 70s and early 80s fusion. Perhaps its time has come.

There's an excellent review over at Prog Not Frog

Priority: none
Posted by Purple Peak Records at 8:38 AM