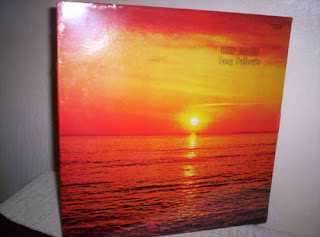 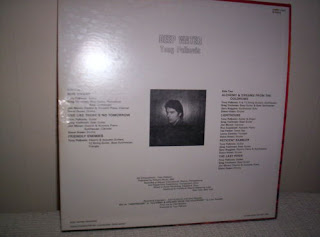 And, as you'll see below, guitarist Tony Palkovic has a couple of other 1980s albums. I've only heard this title.

Throwing this one out there for you fusion fans who are looking for new items to uncover. Mike sent this along with the batch, and it's definitely worthy of consideration. The one element of Palkovic's music I enjoyed is the heavy use of electronic-music styled synthesizer within the usual guitar fronted jazz rock instrumental setting. The guitar tone is a bit too light for me to sink my teeth into, and it's not exactly a tear-up session ala Bill Connors on "Hymn of the Seventh Galaxy". But that's not the purpose of the album I'm sure. Apparently Palkovic is an artist who has received great praise from the guitar playing community. The below segment is taken directly from Palkovic's own website. Best I can tell, none of his 1980s works are available, and the original LPs currently sport a high price tag.

"Praised by the prestigious Guitar Player and 20th Century Guitar Magazines, Tony Palkovic has performed in clubs and concert halls including the BET television network... He studied music and film for six months at Columbia College in Chicago before transfering to Berklee College of Music in Boston where he spent the next four years finishing with a Bachelors Degree in Composition... After graduating, he started leading his own band playing jazz-fusion in the Midwest, but eventually moved to Los Angeles which has been his home since 1983... In 1980, Palkovic released his first album "Deep Water" which made many Top 10 lists for airplay on Jazz Radio stations all over the U.S. , Canada and eventually in Europe. This led to the recording of his second album "Every Moment" following the same path in '83, "Born With a Desire" in ’85...

...If you haven't yet heard Tony Palkovic's brand of music, you don't know what you're missing - Guitar Player Magazine"

Priority: none
Posted by Purple Peak Records at 7:09 AM