The Machines Have Landed, Canada 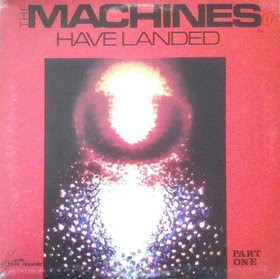 The Machines Have Landed - Part One. 1981 North Shore Records.

The Machines Have Landed (aka Machines) is an interesting mix of spoken word, space rock via the mid 70's Pink Floyd lens, and early 80s synth-pop. Somewhat like the Body Album from England, mixed with the Human Adventist Concept and FM. I had this album years ago, and sold it. Not something I'm actively looking for someone to press on CD, but an interesting artifact all the same. Special thanks to Midwest Mike who gave me a chance to hear this album for the first time in 16 years!

Priority: none
Posted by Purple Peak Records at 2:47 PM

Labels: Machines Have Landed, Priority none