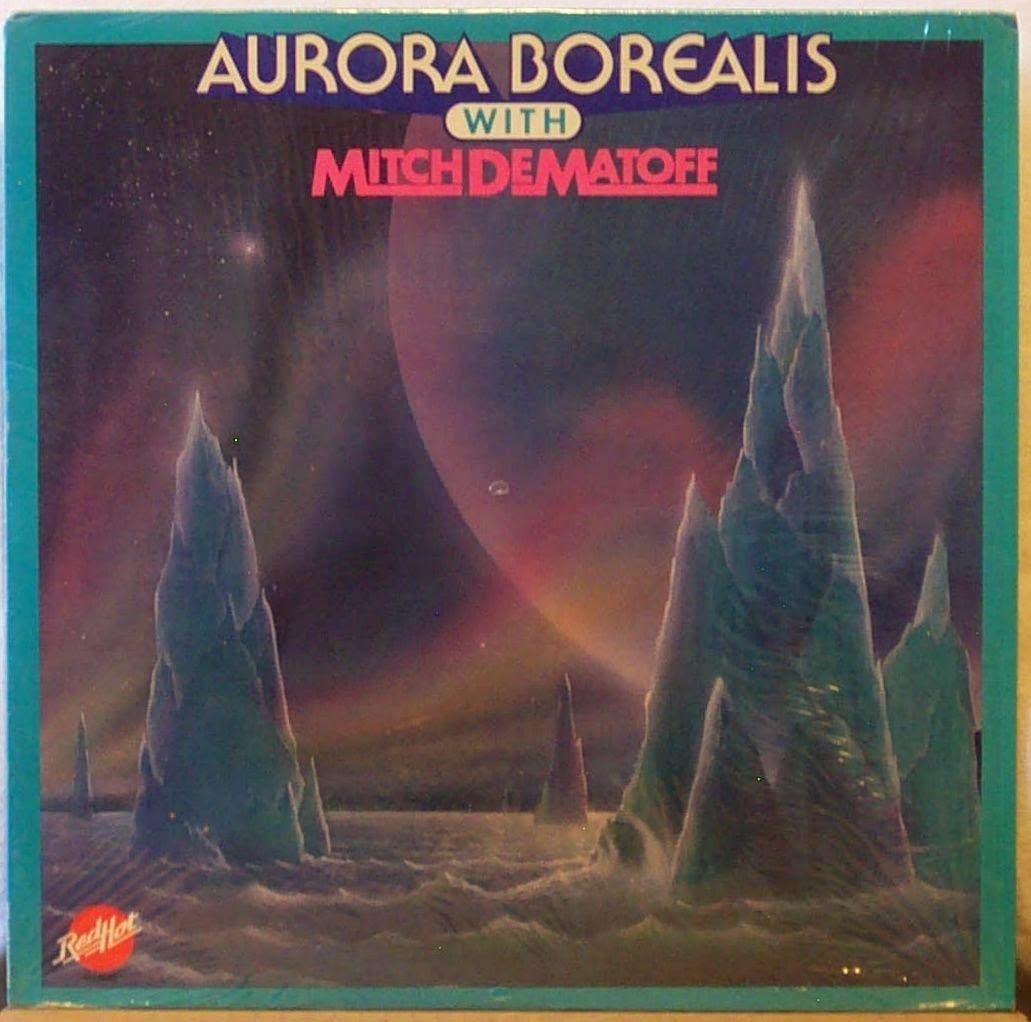 Here's one I've been sitting on for a looooong time. The AC sent me a CD-R all the way back in April of 2012! Once I heard it, I set about obtaining my own LP. As we learned from Landress-Hart, once an album gets into the CDRWL, the value can rise significantly. Not all albums of course, but ones like Aurora Borealis do! So I didn't want to miss out, because I quite enjoyed the music. I found one immediately, but the seller never responded. Then came the summer, and buying LPs here in Texas is extremely risky due to the oppressive heat (if the package gets any extended exposure to the sun, the vinyl will warp quickly). So I decided to wait until the Fall (still in 2012). And then.... I forgot all about it! The AC reminded me once again about it recently, and this time I did secure the album (in fact, it's the photo above). So onto the music....

The AC described it to me as: "Obscure fusion platter from this (presumably) Los Angeles based group led by keyboardist DeMatoff. Largely excellent high-flying instrumental fusion in the classic RTF mold. The last couple of tracks in particular are absolutely blazing, one of which features a guest spot by Bunny Brunel. Strongly recommended to fans of stuff like Proteus, Spaces, Apprentice, etc.". And really that's all there is to say. I could throw in perhaps Child's Play as another reference, an album we featured recently here. As well as Momentum, Genre, and others of its ilk. It's on the border of fusion and progressive rock. It starts more in a typical early 80s jazz rock mode, but as The AC notes, it really picks up from there. There's some smokin' guitar leads here!

Priority: 2
Posted by Purple Peak Records at 7:43 AM