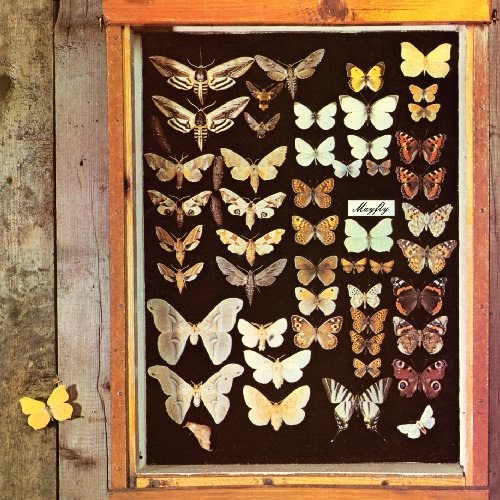 On the fringes of what the CDRWL typically covers, but I thought many of you would be interested in this announcement. Nice to see Pseudonym pressing on, and we can only hope they'll eventually tackle some of the more obscure Dutch rarities that remain without a CD reissue.

Label says: "Like the insect that gave them their name, the Dutch group Mayfly existed for just a short while before disappearing. In their brief lifespan, though, they recorded one truly magical and timeless album, along with a handful of singles, all beautifully crafted and imbued with beguiling atmospheres and melodies. Formed in the late 60s in the northern coastal town of Bergen, Mayfly recorded their self-titled album for Ariola in 1973, working with Wally Taxs producer Martin Duiser. The album now sees its first ever CD reissue, dynamically remastered from the original master tapes. The original cover artwork has been expanded into a deluxe digipak and booklet featuring rare photos and liners notes by Mike Stax with input from the original band members. The album is an enticing blend of folk-rock and psychedelic pop with shades of the Idle Race, the Kinks, Fairport Convention and the Beatles. This reissue features nine bonus tracks, two demos, the non-LP singles Orphan Girl, Skew-eyed Jimmy, Quite A Surprise & Signed By The Time plus two alternate 45 versions of the groups first single, that jaunty, Ray Davies-inspired Blue Sofa. Folk-rock, Psychedelic Pop. Exclusively restored dynamic 24 bit remastering from the original master tapes. Deluxe digipak gatefold sleeve. 16 page booklet including rare archival photos & memorabilia. Rare archival photos included. Liner Notes by Mike Stax / Ugly Things."
Posted by Purple Peak Records at 7:32 PM