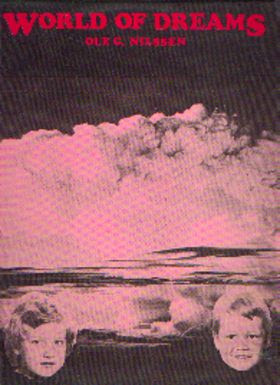 Future Solaris member Nilssen put out this one incredibly obscure album before he himself disappeared into the ether. I've had this one on a curiosity list for well over 10 years, and finally in 2009 I had a chance to hear it, due to a good friend of this site. So was it worth the effort? Rarely is the answer yes in these cases, and "World of Dreams" is no exception, but this is a mighty fine album for certain. Light years better than the subpar Solaris "Misty Morning" album. At its core, "World of Dreams" is a soft rock vocal album. But there are long sections dedicated to instrumentals, and its these sections that are clearly progressive rock influenced, with 1970s era instrumentation. Like a lot of soft rock, the songwriting is better than average, and Nilssen possesses a fine voice, and so the combination is highly appealing, even if not consistent. One I'm glad I finally heard.

Priority: none
Posted by Purple Peak Records at 5:47 PM