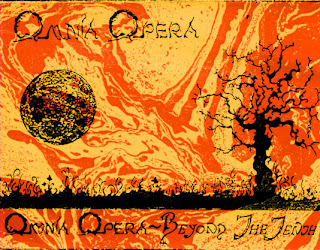 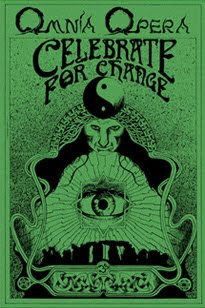 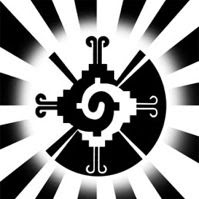 As of October 2017, still nothing has emerged on the following paragraph.

From their website: "Squalor studios is currently engaged on a project to digitally remaster the popular Omnia Opera early cassette albums: 'Beyond the Tenth' and 'Celebrate for Change'. A project that is long overdue for those whose originals have worn-out! The final decision as which record company to use has yet to be made but there are rumours that Voiceprint may be taking an active role in promotion and distribution."

August 3rd, 2015 update:  If there was ever a title more apropos than Seeking the Elusive, I sure would like to know. But the AC has persevered and we now have finally heard this rarity! The AC notes "Very obscure cassette album by this post Omnia Opera group (it's basically the regular band lineup, just with a different drummer). A more stripped-down and guitar-oriented recording, with lots of thrashing, heavy Hawkwindian riffage and angsty vocals over a steadily pounding rhythm section, with the usual keyboards and spacey effects used only sparingly. All of the techno/electronica elements that had crept in on "Red Shift" are completely out the window here, and the songs tend to be a bit more concise, making for nothing but a full frontal assault. This one has seemingly been lost to history, and aside from a reworking of "Second Skin" on their comeback album "Nothing Is Ordinary", none of this material has ever appeared elsewhere." And really, while on the topic of Nothing is Ordinary, clearly this was the path Omnia Opera were heading even at this stage some 15 years prior. If you like the 1993 debut CD, then for certain Seeking the Elusive will be of great interest. Perhaps a bit rawer in sound quality, but compositionally very familiar.

OMNIASPHERE ia a must in my opinion, Tom. I've been longing for a CD of this, since ages.