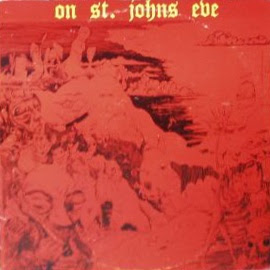 We still have a few great ones coming in from Midwest Mike, The AC and Strawbsfan, but wanted to get this one out there. This was a recommendation from Moe Curly this past summer, and now I've finally heard it.

Columbus Circle are a very interesting group from Connecticut. Side 1 is a bombastic serious symphony with rock elements thrown in. Almost like a proto-Art Zoyd if you can imagine that. Side 2, on the other hand, is almost the complete opposite and features a more simplistic horn rock sound with female vocals, organ and guitar. The second side of the album is about half a dozen years too late on the pop scene, but I found it the more enjoyable portion. Really strange, almost anachronistic album. Worth seeking out!

Priority: 3
Posted by Purple Peak Records at 8:02 AM

Funny thing. I own this album but never played it. I found a used copy for $1 at Tower Records in NYC many years ago. Now I have to find it and spin it.

Interesting album, indeed. i find a copy every once in a while here in New England.
Hey Tom, have you ever heard any albums with a kraut band A LA PING PONG? Might be up your alley, guitar and electronics, a bit a la ACHIM REICHEL. I can send you a CD-R.

Thanks for the comment. I've only heard A la Ping Pong by name, and never pursued it. Let me do some research on that and I'll let you know!