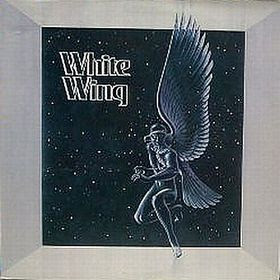 I recently got back into the Asia (Rapid City, South Dakota) albums that were diligently reissued on CD by Michael Piper / The Wild Places back in 1995. While reading the liners, I had forgotten that the precursor to that band was White Wing, an album I heard way back when and completely forgot about (didn't even have it rated anywhere).
There's nothing really special about White Wing. It's pretty much a mix of hard rock and AOR styles with some good organ runs and mellotron strings. Recorded in the same studio (ASI) as the Minnesota group Cain, and there are some similarities regarding the hard rock aspects. Not at the same level as the successor band Asia, especially Armed to the Teeth, but an album worth hearing a couple of times for certain.

I had the "Armed to the Teeth" album by ASIA but sold it back in the 80s. I remember not being impressed at all. Loads of sting mellotron washes but very pompous slick AOR sound.

Yea, I didn't care for it much back then either. But it's really grown on me in that "Midwest USA hard rock/AOR/progressive rock" hybrid sound that's so strangely satisfying. It could just be a nostalgia thing for me growing up here in the US - and the sounds of the radio from that time. :-)

I knew the owner of ASI Records and in fact the site of their old studio (now a parking lot)is just a couple miles from where I live. White Wing had a write-up in Billboard comparing them to The Moody Blues and the band from Rapid City, South Dakota toured heavily throughout the Upper Midwest as both a headliner and opening act for bands like Styx etc..

Released by "Blood and Iron Records" alongside the Asia Album.

All the best,
TheH