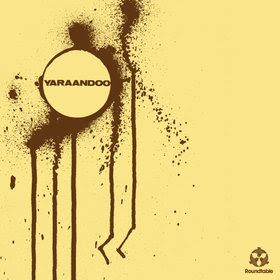 The AC further adds: "Fascinating and somewhat unique psychedelic/progressive jazz-rock artifact from down under. Originally released as a tiny run of 100 copies with handmade covers, and finally reissued last year by small Australian label The Roundtable. Unfortunately, it's an LP only reissue, and while it does include a nice insert, I'd much prefer to see a proper CD version with more extensive liner notes, photos, etc. In any case, this one is certainly deserving of wider exposure. It's a short album (barely topping 30 minutes), but the interconnected suite of tracks flow together seamlessly on both sides, being a sort of concept album based on ancient aboriginal "dreamtime" mythology. It's highly evocative and dripping with the hazy, surreal atmospheres of the Australian outback. Flutes, percussion, droning synthesizer and mellotron, and of course Thomsett's excellent guitar-work make for a very pleasing sound overall, despite the somewhat primitive nature of the recording. Thomsett actually returned to this work years later and released a new, re-recorded version of it on CD in 2004. While obviously not at the same level as the original, it's still quite good in its own right and is well worth tracking down if you enjoy this LP."

In regards to this 2004 CD, I have one on the way to me now so I can compare for myself. And, as the AC points out, the only flaw of the original is it's too short. I could have easily digested 45-60 minutes of this!

Dusty Groove writes: "A strange, cool and stylistic boundary busting set from Australian jazz rock guitar player Rob Thomsett! Yaraandoo is a 1975 set inspired by Aboriginal folklore. It has some spare, dryly wispy bits of percussion and bamboo flute that feels that gives it that feel – but Thomsett also brings in some loose, proggy and jazzy rock dynamics with heavy drums and electric guitar, some improvisational jazz inspired passages, plus some tape delay and other effects."

Priority: 1
Posted by Purple Peak Records at 7:22 AM

Excellent album indeed and one of the most welcoming reissues of the latest years.