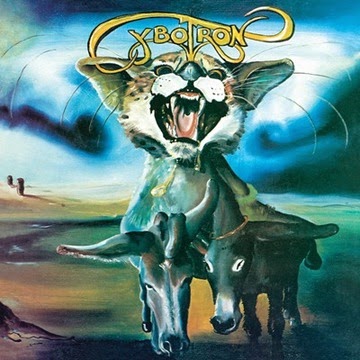 Here's the label's description of Cybotron: "Part Man Part Machine, Cybotron was the synthesis of progressive rock and electronic music experimentation. Conceived by pioneers of the Australian electronic underground, Steve Maxwell Von Braund and keyboardist Geoff Green, together they produced a series of mind-altering cosmic albums throughout the 1970s which set the tone for the Minimal wave and electronic post punk scene of early 1980s Melbourne. Part Tangerine Dream, part Ash Ra Tempel, Cybotron channelled the spirit of Krautrock to create their own unique brand of throbbing Komische electronica rivalling the futuristic vision of their German counterparts. Dual Planet present the long awaited reissue of this landmark Australian recording. Issued as an exact replica of the rare 1976 Clear Light Of Jupiter LP, remastered from the original master tapes and includes new liner notes."
Posted by Purple Peak Records at 7:56 AM