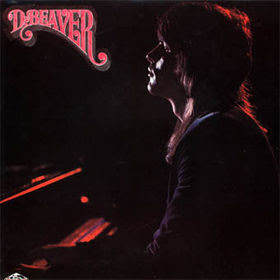 Memphis based progressive rock band lead by keyboardist David Beaver, formed from the ashes of another obscure group called Edgewood. Combinations is supposedly a more progressive effort (based on what I've read). Beaver's group sounds like so many of the albums coming from England at this time, especially acts found on the Dawn or Neon labels. This isn't hyper complex progressive rock, definitely more song oriented, but with plenty of variety in the instrumentals (violin, harpsichord) and song structures (there are 16 tracks including intervals). I also hear distinct references to bands such as Flash and Morgan. Thanks to reader Dave G for the tip! The only other album I own on TMI is Washrag, a fun little bit of instrumental soul/funk (out of scope for this list).

Priority: 3
Posted by Purple Peak Records at 8:52 AM

The group played around the South quite a bit, including a hometown Memphis show supporting power pop legends Big Star. Lead vocalist was Jimi Jamison who went on to form major label Southern rockers Target (2 albums on A&M), Cobra and eventually joined the multi-platinum AOR band Survivor in the mid-80s.