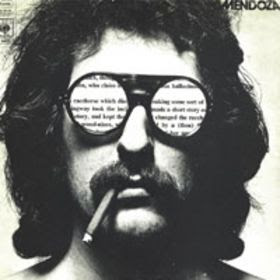 Despite sporting a cover of a very mean looking mustachioed dude with a dangling cigarette and sunglasses - and who would presumably be the band's namesake - Mendoza are in reality a 6 piece band made up of names like Arne Gustafsson, Lennart Palmefors, and Björn Larsson. The evidence is before the court, and methinks these Swedish lads were cashing in on the Santana concept. Ya think? I guess if they went by LARSSON or OLSON it wouldn't have the same impact now would it? No matter, because if this was the second coming of "Abraxas", I could use any rationalization I felt like to justify my praise. But, alas, it's not. Though the opening instrumental is a smoker that held quite a bit of promise. For the most part, Mendoza sound like a typical American band, playing typical early 1970s American roots rock. Naturally enough, the guitar work is the highlight, not surprising given the genre. For Latin rock from Sweden, I would suggest making a beeline for Kvartetten Som Sprängde.

Priority: none
Posted by Purple Peak Records at 6:31 AM

Hey man! Do you know where can i buy records of Mendoza? Or at least download?
tkx

I think the album is pretty expensive. I've seen it on ebay a few times. Not sure if it's been uploaded anywhere. I got my copy from Midwest Mike. I don't have the LP myself.

Thanks for the comment and good luck in finding it!