News: Eloiteron's "Lost Paradise" to be reissued by Belle Antique 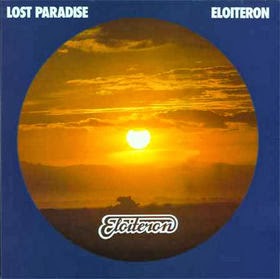 Well it's been a long time, if ever, that we received news on a Friday night for a new CD reissue. The always surprising Belle Antique (Marquee) of Japan have announced their intention to reissue Eloiteron's sole album on December 20th, in their usual mini-LP format. I couldn't find any supplemental reissue news around this - that is to say maybe something indigenous to Switzerland - but we know Belle Antique does things the right way, and achieves official rights upfront. Let's just hope they get a fine mastering on this like Old Man & the Sea and not like the tinny Aquarelle.

We featured Eloiteron years ago, and fortunately I own the original LP in case things go south.

As an aside, Panna Fredda's brilliant album will also be reissued in Japan for the first time by Belle Antique. I have both the original LP and the BTF CD, but might splurge for the extra Japanese copy here to see what they do with it.

And heck, while I'm at it, look for Abus Dangereux's debut and the Surya album to come out on Belle Antique as well.