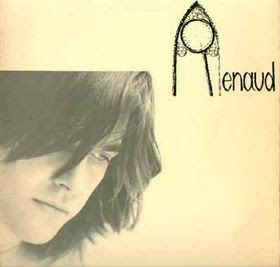 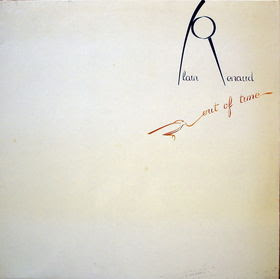 Alain Renaud played on some of the early Heldon albums, and his sound on these albums (especially the debut) is somewhat similar. The first album features long drifting cosmic pieces of electronics and guitar. Not as menacing or as immediate as Pinhas' works. I've had the first Renaud album since the mid 1980s, so I have a sentimental soft spot for it. "Out of Time" is a completely different affair. Here, Renaud mixes instrumental rock fusion with some vocal oriented tracks (extremely ill advised I must add) that have me coiling in despair. There is one longish electronic piece similar to the debut, that's quite nice. A reissue of the first, with a couple of bonus tracks taken from the second would be ideal.

Priority: 3 (for the debut)
Posted by Purple Peak Records at 6:29 AM