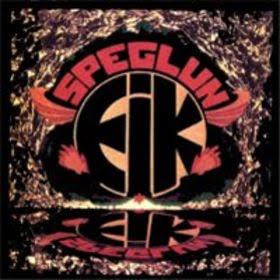 This has to be the darnedest album I've ever heard. The first 3 tracks are.... abominable. I mean, it's worse than you can imagine. It's patterned after the USA's mid 70s funk and disco movements. One can only imagine a bunch of pasty uptight white guys from Iceland trying to pull this off. A complete embarrassment for all involved. Track 4 is a soft instrumental folk piece, followed by a pretty decent hard rock meets progressive long track 5 that closes the side is pretty good fashion. This leads to side 2, which is frickin' brilliant. Not just good - but seriously great! Some of the best symphonic progressive rock from Scandinavia, and better than most of their second, and highly recommended, album "Hrislan og Straumurinn" (which was reissued on CD years ago). I'm not sure I can think of another album that is this much Dr. Jekyll and Mr. Hyde.

Priority: 2
Posted by Purple Peak Records at 5:22 AM