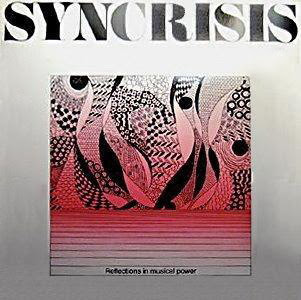 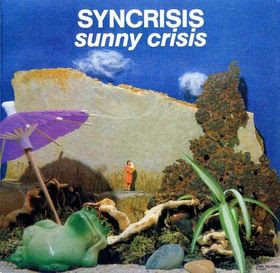 Syncrisis were led by guitarist Titus Köstler-Philipp, and his superior technical playing on "Sunny Crisis" is featured throughout. Similar to other German fusion bands at this time like Lindwurm, but with more emphasis on the smoking guitar. I also hear some of the same type of sounds as on the Red album (1983 UK - also featured on these pages), which may be the first time I've ever said that. With the technical, and fast, playing on the guitar, one can't help but to compare "Sunny Crisis" to Al Di Meola's best work like "Elegant Gypsy" or "Casino". The debut "Reflections in Musical Power" isn't quite as successful. Here Syncrisis trades in on some jazz fusion cliches like swapping guitar/keys solos, breezy tropical themes and the requisite tedious drum solo. Would be nice to see both of these on the same CD. Köstler-Philipp is still playing today and his latest group is called Dokapi.

Priority: 3
Posted by Purple Peak Records at 7:17 AM