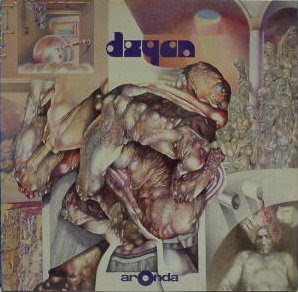 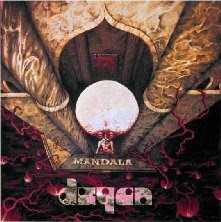 Long Hair has done it again. The French/German label continues its roll, and reissues the much sought after debut by Dzyan. There was a reissue back in 1999 on the Rock Fever label out of Germany. I wasn't ever entirely sure if it was legit or not, but there was just enough evidence to presume it was, so I never included it in the Wish List. Not sure if Long Hair addresses the situation on this reissue, but nonetheless the Rock Fever issue is long OOP, and this will most certainly represent the definitive issue. I plan on buying it again anyway. It doesn't appear it will contain bonus tracks.

Even more exciting, at least for me, is the announcement of a 1972 SWF Session titled "Mandala-SWF Session 1972", and according to the label most closely resembles the debut album - which is probably my favorite of the 3, though this would put me square in the minority (I like them all in any case).

Long Hair says "Dzyan recorded 3 albums between 1972 and 1974. Each album they released was quiet different. After the release of the first album the line-up changed and Eddy Marron was the new guitarist. The SWF-session reminds a lot to their first album. Dzyan played a slightly jazzy form of progressive rock with flashes of Zappa's Hot Rats and even some VAN DER GRAAF GENERATOR saxophone- fronted diversions. These radio studio recordings are even more rock oriented then the first album recordings. There are five titles. 4 new compositions and a longer (11:00 minutes) and different version of probably the best title from the first album "Dragon Song". Steels Electric/Daddy Groove is a 15 minutes suite, very inventive and with great guitar playing by Eddy Marron. ZAZ has a great ethnic feel produced by fine Zaz (Turkish stringed instrument) also played by Eddy Marron and oriented rock rhythm patterns. Finally "Resurrection" was part of a one hour suite, Dzyan sadly never recorded. This recordings are among the best ever recordings at the SWF session studio. Remastered from the original master tape. Fine booklet with a cover painting by Helmut Wenske (never used before on a cover), band story, photos. A definitely must have! "
Posted by Purple Peak Records at 7:55 PM

Awesome! I like Dzyan's s/t the most too (then Electric Silence). Its Krautrock meets Canterbury! Thanks for the info. Any way you could share the music w/ me? volkerd714@gmail