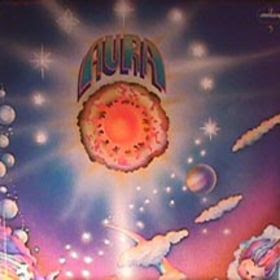 Definitely one of the better horn rock albums out there. The movement was quite large after Chicago and BS&T became chart toppers (interesting to note that Aura were also from Chicago). However most of these horn groups tried too hard for pop stardom, and failed miserably. Or they were blues rock groups that added horns in a feeble attempt to be trendy. But Aura just kicks butt from beginning to end. They never lost focus of the horn charts and they're constantly a feature, rather than a side show for some lame songwriting. In fact, Aura are BRASSY, more than any other album I've heard in the style anyway. Also some nice sax, organ and guitar solos to check out. Aura aren't progressive in the sense of Brainchild or McLuhan - more like BS&T if they'd amped up a bit and hadn't been so schmaltzy. Not sure if there's a market for this long forgotten style, but if there is, Aura along with Rodan and Gas Mask would have to be amongst the first few to get noticed for a CD reissue.

Priority: 2
Posted by Purple Peak Records at 6:20 AM