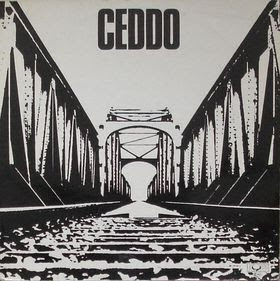 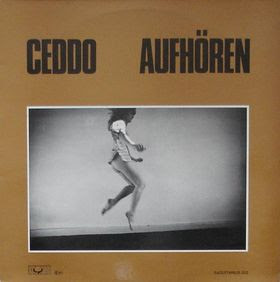 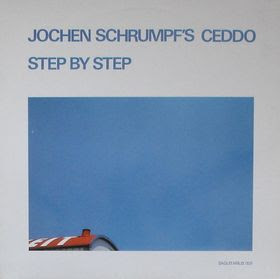 Ceddo, on their debut, is very much from the jazz school, but in the same way as Association PC and Electric Circus. Long tracks, the guitar playing gets pretty wiggy, so a real plus there. The bass plays fretless and has that warm 80's jazz sound. The drumming is scattered which is nice. Closest comparison would be Dzyan's "Time Machine" (more jazzy though) or maybe Alpha du Centaure's album (rhythm section not so strictly straight jazz). "Aufhören" is very similar and continues with a mixture of jazz and rock styles. Band features guitarist Jochen Schrumpf (and in fact the band is later known as Jochen Schrumpf's Ceddo), who later went onto the reformed Kollektiv. "Step By Step" begins the journey towards fuzak, with smooth jazz sax, Caribbean steel drums, cocktail-hour Spanish themes and an overall feel of a cruise ship lounge act. Despite all of that, there's still some fine guitar work. In this way, I'm reminded of Santana's 1980s output. They also have, incredibly, two more albums. So much output from such an obscure band.

The other two titles of Ceddo are:

And the Guitarist did a private solo album called,
Jochen Schrumph/Saguitarius (1982)
Posted by Purple Peak Records at 7:26 AM