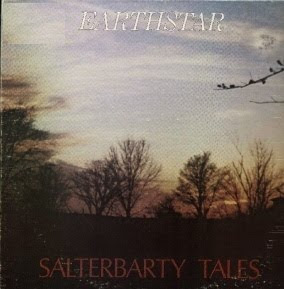 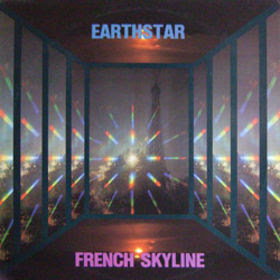 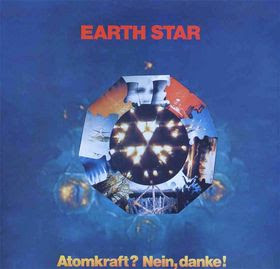 Earthstar is more or less the working band name for one Craig Wuest. Many (I mean many) years ago I found an LP copy of "French Skyline" at a local record store and I still consider it one of the best electronic albums from the US (though recorded in Germany and France). Of course, having Klaus Schulze produce the album probably helped immensely. It's a powerful album in the Berlin School style. That album was reissued on CD by Sky about 15 years ago. Sky never embraced CDs and it's pretty much a shoddy afterthought. So it would be nice to see a label take this on more seriously.

Years later I heard "Atomkraft? Nein Danke". Without Schulze's involvement, this one moves more towards the new age style than their previous work. Features piano, synthesizers and even some odd mellotron (technically a Birotron - thanks Planet Mellotron!). Not much sequencing here. I thought it was pretty decent, but nothing to write home about.

I never did hear "Humans Only", if for no other reason than no one ever said it was worth listening to. LOL. Hey, time is a precious commodity....

So that leaves us with the extremely rare and privately released debut "Salterbarty Tales", an album that I've been searching for a looong, looong time. Now, thanks to one of the benefactors of the CDRWL, I've finally heard the debut via CD-R. I didn't know what to expect to be honest. Based on the few snippets of info I could find, I gathered it wouldn't be the tour de force of "French Skyline". I suspected it may be more quiet and new agey, similar to "Atomkraft?...". And so was I right? Kind of. The opening track had me drooling, with processed fuzz guitar mixed in with the electronics. A definite French vibe pervades similar to what Phillippe Besombes was doing with the Pole label. The next two tracks highlight piano and harpsichord respectively, and are definite proto new age songs. Following this, we are taken back to the otherwordly sounds of the first song, though this time there's oboe buried in the mix. Perhaps the best use of the instrument I've heard in an electronic setting. Side 2 opens with a lengthy near side-long composition that at times is sublime and combines the best elements of the 1st and 4th songs on Side 1, and also adds a bit of sequencing. The album closes on a quieter note, but still fits squarely in the cosmic music realm. I was more than pleasantly surprised by the quality of this album. It would be great to see this title reissued.

Priority: 2
Posted by Purple Peak Records at 5:30 AM