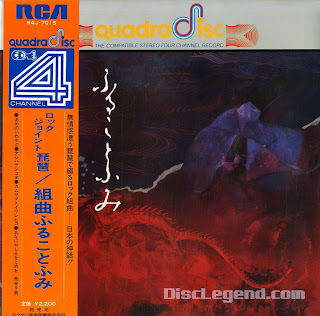 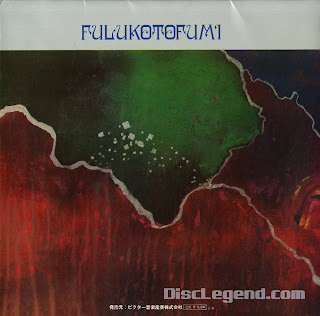 In the WOW!!! category comes this amazing news out of Japan. The Alaskan Connection gave me the heads up 3 days ago (which I saw via my iPhone), and I've been bursting to share, but unfortunately couldn't get to the computer while away for business.

We featured the Rock Joint Biwa album back in December as part of our duo of very rare Japanese albums. This is the album commonly referred to as Fulukotofumi.

Interesting to note that the albums will be issued under the name Hiromasa Suzuki.

Since that post, I have heard parts of the Rock Joint Sitar album (courtesy of a YouTube video that the AC sent me - you can Google for it under the Hiromasa name). It's definitely more in the jazz realm than the Biwa album.

Here's the note the AC sent me. Thanks again for letting me know!

"It turns out that both of the Rock Joint albums are finally being reissued! They're being done by Sony Music, and are due to be released on May 25 at a price of 2100 Yen each. It should be noted that the artist name being used for these is Hiromasa Suzuki or Hiromasa Suzuki Trio. For some reason, the Sony Music Japan site still doesn't have anything up about this, but they've been listed on all the major Japanese retailers now, and I've spoken to a couple of Japanese sources who have confirmed that these are definitely coming. To say these reissues are necessary is an understatement, as the price on the originals has really gotten out of control. I just saw another copy of Rock Joint Sitar go for over $1000, and it was just the regular 2-channel version, and a rather beat-up looking example at that. As I mentioned, pretty much all of the Japanese webshops will be carrying these, but here are the Amazon Japan links just so you can see for yourself: