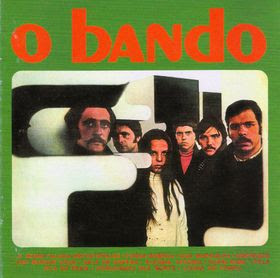 Interesting new batch of CDs and LPs from Shadoks. As usual with the deep divers at Shadoks, not all is relevant to our site, but I cherry picked a few out. Since this is the CDRWL, we'll start with the shiny thing.

I haven't heard O Bando prior, but in typical Shadoks fashion, it appears they reissued it on LP first. As you'll see below, I generally try to seek some of these vinyl albums out as well, but I just missed this title altogether. The label says:

O Bando was recorded in 1969 in São Paulo by 5 guys and a beautiful singer Marisa Fossa. The production was state of the art hosted by the 3 top producer of Brazil. For 1969 it was recorded in Scatena studios in São Paulo with 8 channels equipment which was the best you can get at this time. The music has sophisticated brass arrangements very much like the same level as US bands Chicago Transit Authority, The Flock and Blood Sweat & Tears with the charm and rhythms of Brazil Exotics. If you like the album by Liverpool this one would be for you. A real summer record, should make the stoned Psychedelic listener move his hips and dance or at least nod their feet. Great guitars, smashing vocals, Samba rhythm, horns, tons of effects, a real trip to Brazilian underground music. One of the best!

Perhaps even more interesting is their new lineup of obscure LPs. I don't usually call these out, since that's not the purpose of our list, but what the heck - I'm already here. And there's a good chance all of these will see a CD reissue from the label sometime in the future. The Eugene Carnan (band name, not person) in particular could be promising, especially if it lives up to the groups its being compared to. I also included the second Bump LP, which was part of their last batch of releases. I didn't care much for the first album by them, but this sounds more interesting - on paper at least.

Here is a great surprise for us. An unknown UK album with such a great musical potential. Musically it is a very powerful guitar dominated underground rock such as Black Sabbath, Blue Cheer, Dark or Grannie. The rarety factor is way above all those other rare UK album, which stay in low pressings of 99 copies and 15-20 such as Dark. This one has been pressed only 4 times ever. In September 1971 Eugene Carnan entered a UK-wide competition for “Best New Band” run by the famous Melody Maker magazine, they recorded the album in 1972 and took it to London to Eden Studios for a demo pressing and cut 4 acetates. Eugene Carnan a 3 piece band are from Sheffield, UK with guitar & vocals, bass and drums. All own composition. A killer album from beginning to end. 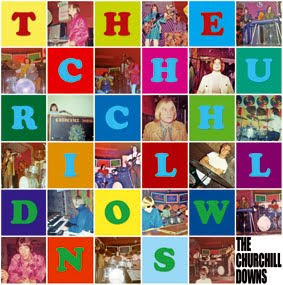 1968 Hollywood, USA. The Churchill Downs recorded 16 great tracks at the studio from famous producer Gary S. Paxton. The band was very young at the time but the musical output was on the highest level you can imagine with a damn good production. How can a band like this not become famous is a mystery. Fantastic compositions, great multi vocal singing, strong guitars, organ, drums, bass, effects, everything you desire to get catchy Underground songs with tons of great ideas in it to make those songs unique and out of bounce and not middle of the road. It is just what we love about the productions of Phil Spector and Andrew Loog Oldham. The Churchill Downs are one of the best US unknown albums among Beauregard Ajax and Public Nuisance. With Don Adey on guitar & vocals, Gary Dalton Stovall guitar & vocals, Dirk Acree bass & vocals, Mick Newton keyboards & vocals, Al Stigler & Fred Darling on drums. If we could go back in time, lets say 40+ years and release this album in 1968 we would have been rich. Why this album was never been pressed is still a mystery. So for the first time ever those great songs made it onto vinyl. We love it.

BUMP 2 (the unreleased second album) was recoded in 1971, just a year later after the debut album, also on Pioneer Records and also produced by Gary A. Rubin. Paul Lupien - organ / George Runyan - bass, vocals / Alan Goldman - guitar / Jerome Charles Greenberg - drums recorded 8 great tracks which never came out so far. We could even use the original artwork. This is a fantastic prog / psychedelic monster LP, a mixture of dreamy organ psych with heavy fuzz bluster, very much like CA Quintet. Ghostly swirly organs, burning rough guitars, sound effects, fuzz/wahwah guitars, trippy lysergic vocals and great melodies. A killer album from start to end.
Posted by Purple Peak Records at 6:26 AM