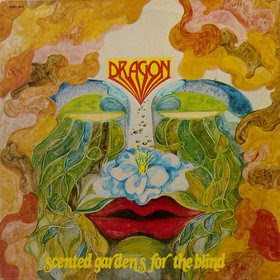 Same situation as yesterday's Mackenzie Theory post. I've been waiting for this one for two years (in 2009 they reissued Dragon's "Universal Radio" and pre-announced this one for 2010), and I'm most excited about what Aztec will do with the sound on it. Like the album yesterday, I have the original LP (which is featured predominantly on my wall since the cover is absolutely stunning), but Aztec typically does a great job of mastering.

Dragon are one of the premier, if not the premier, New Zealand symphonic rock acts. Very similar to other Australasian bands like Sebastian Hardie or Ragnarok. Also Ireland's Fruupp comes to mind here as well. Personally I think this is Dragon's best album by a long shot.