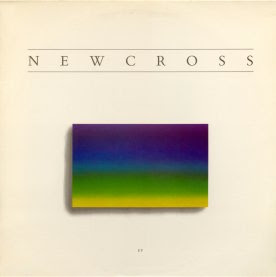 Special thanks goes to Prog Not Frog for reminding me of this long gone title from California. In the mid-1980's this album was featured in all of the progressive rock catalogs of the day (yes, there were a few back then). But being an EP length, I wasn't interested at the time. A few years later, my buddy Jeff brought his copy over and from that point on, I've admired the album. I took a cassette dub and that's where it remained: Buried in my tape drawer and somewhat forgotten. About a decade after first hearing the record, drummer Mike Ezzo became one of our earliest raters on Gnosis. And through that we learned of his other project, Rain of Thought. Mike was kind enough to send me a CD, and it's quite excellent and highly recommended (Greg Walker at Syn-Phonic still has copies for only $11 - definitely pick one up!)

King Crimson was the only major left standing in the 1980s (or at least they were smart enough to pack it in during the tumultuous late 70s, only to reemerge stronger than before), so it's not too surprising that they were the major influence on a lot of bands during this lost period of progressive rock. As we saw with yesterday's Regressive Aid, and you'll note with the band we feature tomorrow, Crimson truly did hold court back then. New Cross is probably closest to Ixt Adux, in that they mix contemporary Discipline era KC with the more aggressive sounds of "Red". However, unlike Ixt Adux, there's no leftover VDGG traces. It would be heartening to know if there was more high quality recorded material from New Cross, as a full CD would be highly satisfying.