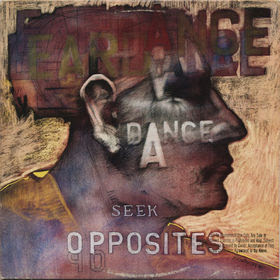 And the cassette sitting next to the New Cross? Eardance (and ya know I also have an old dub of another US 80s's band called Earwacks, which I'll dig for and feature eventually). Eardance is another band that Jeff turned me onto about 15 years ago.

Of the bands we're featuring in this niche, Chicago's Eardance are the most overtly 1980's King Crimson influenced. Right down to the Chapman Stick while the vocalist sounds exactly like Belew. The primary difference between Eardance and KC is that our featured band today is definitely more jazz influenced, which adds a neat twist to a recognizable sound.