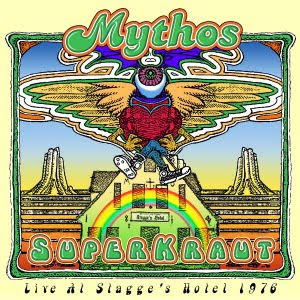 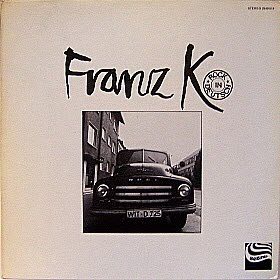 A quick trip over to Sireena shows a couple of interesting looking titles.

First we'll announce the second archival live release from the Stagge's Hotel series that started with Thirsty Moon (and I have yet to hear). This is a 1976 live recording called "SuperKraut" (I really like the Ohr album inspired cover art!). Since this is from their "Strange Guys" era, I'm more curious than excited. Musically Mythos were quite good during this period, mixing hard rock with flute and progressive structures, but they had become a vocal heavy band, and the vocals are definitely their Achilles Heel. Perhaps in a live setting, they focused more on instrumentals. We shall see.

Second we have Franz K's album "Rock in Deutsch" receiving its first CD reissue. Over 15 years ago I picked up Repertoire's reissue of their 1972 debut "Sensemann" and have always enjoyed it, despite the German political context. Over the length of two side long cuts, the band delivers on a number of fronts, especially the guitar. I have no idea why I never bothered to check out their 1973 followup (originally on Zebra), especially since it has a similar positive reputation. So that's why its absence on the Original CDRWL. Whatever the case, it will be easier for me, and everyone, to hear now!
Posted by Purple Peak Records at 6:03 PM