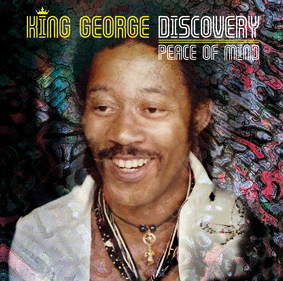 An interesting batch this go round, with what looks like a potential monster. These albums are set to be issued in late August.

Bump 2 is the CD issue of the archival LP they released roughly a year ago. I still haven't heard it, though it does have a good reputation (though I never cared much for the actual 1970 release).

Question Mark is a pretty good psych rock band from Nigeria, circa 1974. Their sound isn't too far from other African psych outfits that you will hear from Nigeria or Zambia. Shadoks had issued this on LP back in 2007. Here's our blurb from the Original CD Reissue Wish List: "One of a handful of interesting African rock albums. This one is in the same genre as B.L.O., Witch, Chrissy Zebby Tembo, etc... Features some nice old organ sounds, a lot of scratchy fuzz and 1960s psych style melodies. Better than most Sub Saharan African albums I've heard - closest comparison would be the Nigerian band Ofege."

What really caught my eye is their LP reissue of Estrella De Marzo. I'd never heard this title from Bolivia before, but anything that compares to Wara and especially Climax is going to garner interest from me. Hopefully it's not hype, because the following description from Shadoks has my name all over it: "Most do not know much about music from Bolivia, like us. What's flashing our minds are the Andes, La Paz and flute music by Indios. But there are some great rock & underground bands such as Wara, Climax and most of all Estrella De Marzo. This album (still unknown to most collectors) is not only special because it's from an country not many listeners know much about. This album is so great, so much underground, so unique and well crafted, that it goes into a strong competition with most "classic underground releases" from South America. If you are in to wild fuzz guitar ala Zappa, and if you like Kissing Spell from Chile, beautiful vocals with strong lyrics and great beats , you will love this album. The early Pink Floyd has also influenced this album. For us it was one of the big musical discoveries for this year. Every track is great, high spirit progressive underground rock, as good as it can be. This album "A Los Ninos Con Amor" (to children with love) was recorded in 1974 with, keyboards, guitars, drums, bass & vocals."

And finally we have an archival release from the American expatriate King George Clemens. I haven't heard the 1968 album proper, though this claims to be more in line for what us underground heads prefer. We shall see. Label says: "King George Discovery - Peace Of Mind, was recorded in Sweden in 1968 with the US musician King George Clemens on guitar & vocals. A close friendship to Jimi Hendrix, who toured also Sweden in 1968, dropped many tracks from the release plan when the band was recording an album which also came out that year. All tracks who where competing with the music of Jimi Hendrix was not released, until now. A collector from England found the unknown tracks who where pressed only as a demo LP for the band. What a great find. Some tracks where placed on youtube and collectors where starting raving about this album. It is soo good, the guitar work is amazing, as psychedelic as it can get. We could release this album in cooperation with King George Clemens and we are proud to have this treasure released on vinyl and later onto CD. It's just great! One of the most important release this year for sure!"
Posted by Purple Peak Records at 7:36 AM