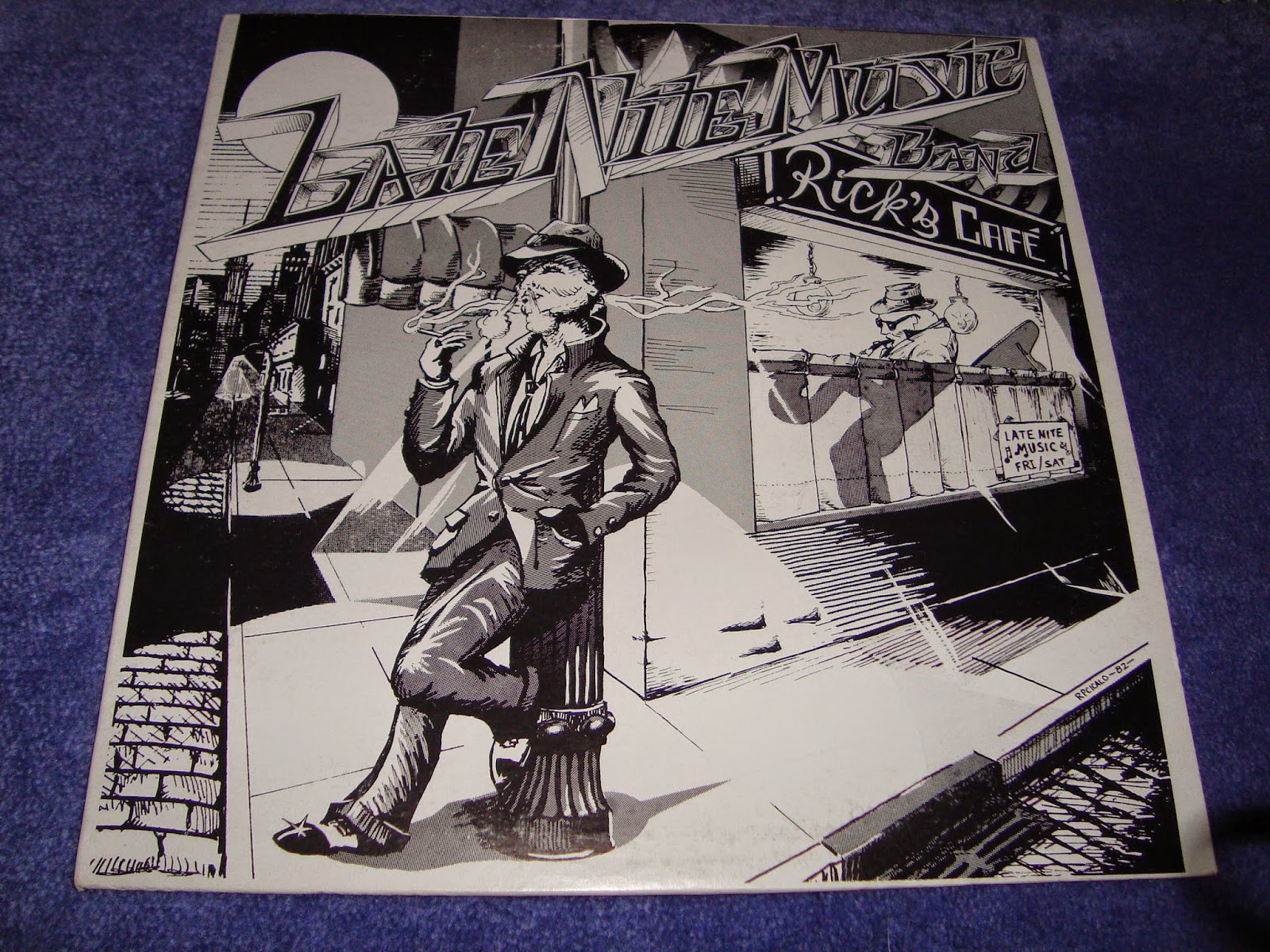 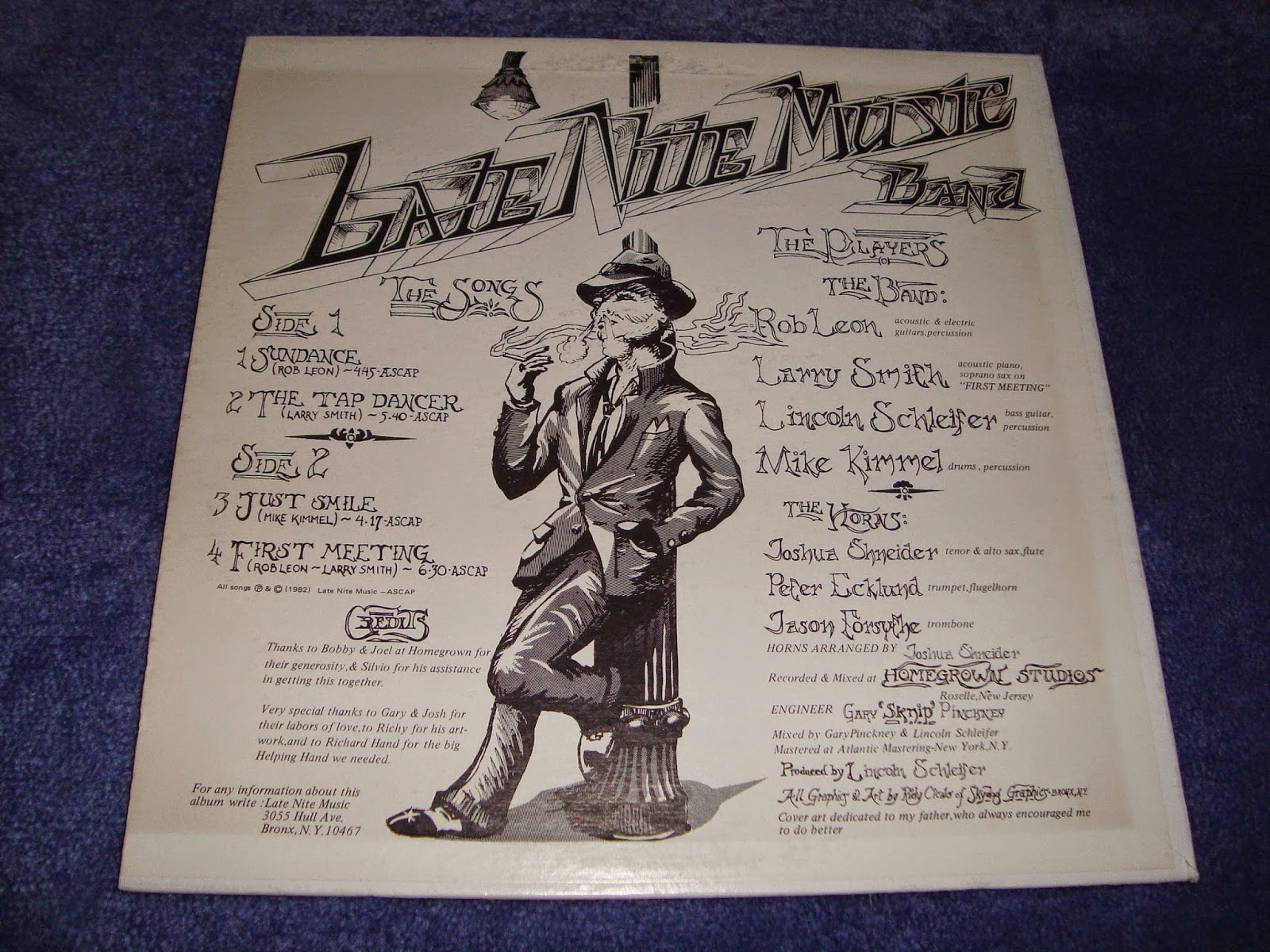 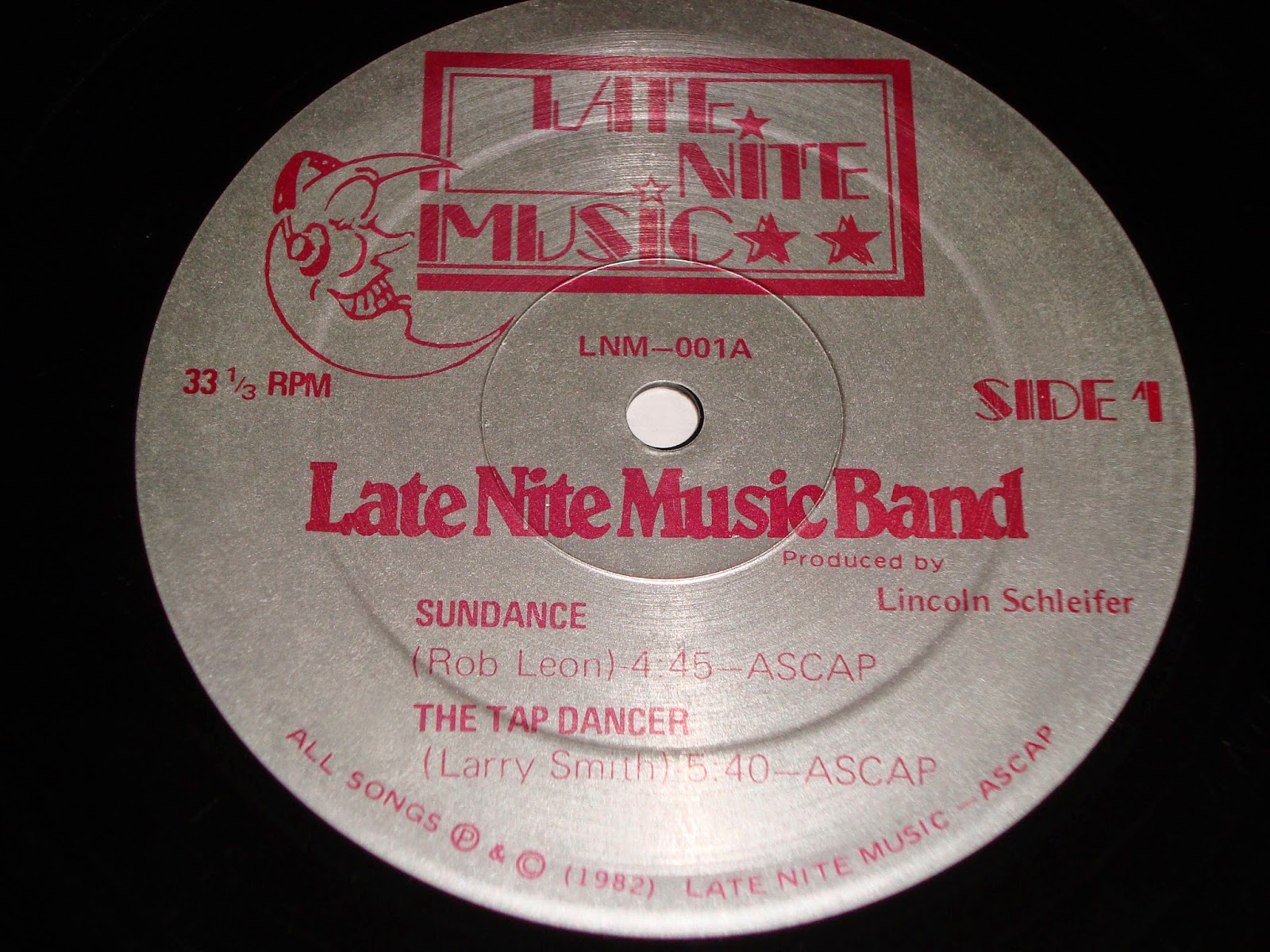 Here's another one from Midwest Mike's last submissions. Prior to this entry on the CDRWL, finding evidence of this album on the internet proved to be impossible (though there's some nice live footage on YouTube that I urge you all to check out - especially if you like to watch white groupies dance...). I have since added the album to Gnosis and RYM, and the photos here will be the only ones out in the cloud as they say.

Late Nite Music Band were from The Bronx, and this EP is their sole release. Musically they fit the late 70s and early 80s American style of instrumental funky fusion. I was reminded of Maine's Franklin Street Arterial from a compositional perspective, though Late Nite Music Band put more focus on guitar, slap bass, and electric piano rather than synthesizer and sax. The last track 'First Meeting' features some fiery psychedelic guitar, giving the album the rough edge it needs. Fortunately, this is one of the songs you can hear the band play live on YouTube. It's pretty cool - check it out.

Priority: none (though if they have more studio archival material such as 'First Meeting' sitting somewhere in a canister, I would bump this up as high as a Priority 2).
Posted by Purple Peak Records at 8:21 AM